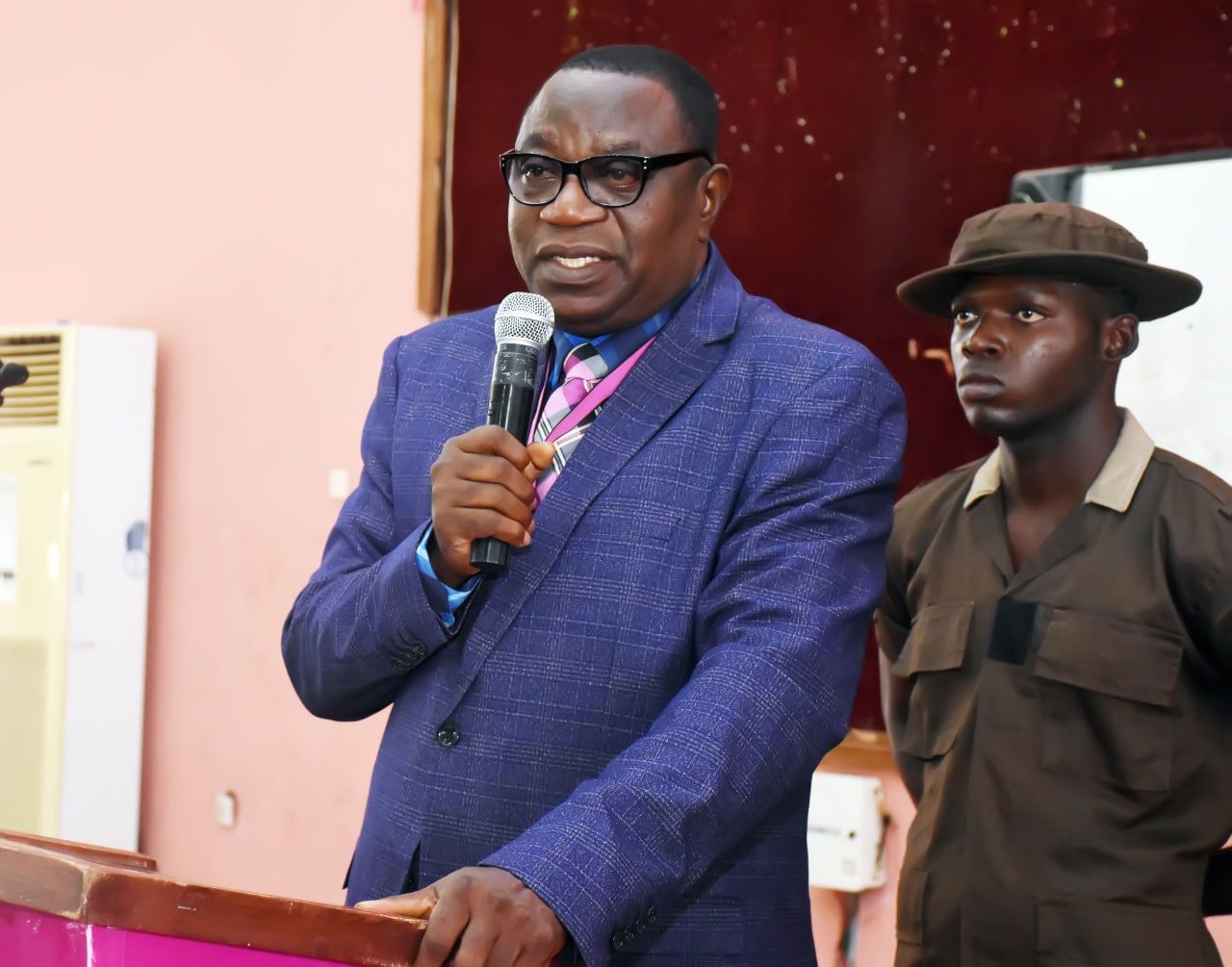 The Vice Chancellor of Adekunle Ajasin University, Akungba Akoko, Ondo State, Nigeria, Prof. Olugbenga Ige has enjoined the newly-elected executives of the Student Union in the Institution to use the period of their leadership to learn how to manage men and resources.
He gave the advice on Wednesday, October 6, 2021, at the swearing-in ceremony of new officers.

Prof. Ige congratulated the new leaders and urged them to demonstrate maturity in leadership, adding that as leaders, they were expected to serve as good examples to their fellow students in terms of comportment and mode of dressing.

The Vice Chancellor reminded them that the University has zero tolerance for indecent dressing and other anti-social behaviours. He also cautioned against any aggressive agitation that could jeopardise the peace and tranquility of the institution. He charged them to encourage their fellow students to complete their registration on time.

Also inaugurated at the ceremony were leaders of the Student Representatives Council (SRC) and the Student Judicial Council (SJC).

In his remark, the Dean of Students, Prof. Segun Akanbi, appreciated the University authorities and the ICT Application Centre for ensuring a faultless electronic election that allowed thousands of students to exercise their franchise.

In his Valedictory Speech, the immediate past President of the Student Union, Comr. Daniel Oluwasegun Obagunwa, congratulated the new officers and wished them well in their administration.

In his speech, the new President, Comr. Ogunsanmi, promised to employ dialogue and diplomacy in steering the affairs of the new administration. He also pledged that his administration would ensure peaceful and convenient atmosphere in the University and that his focus would be erecting a lasting foundation for the Students’ Union.