BREAKING: 2023: Youths in Odigbo LGA Warn Against Imposition of Another Non-indigene, Write Akeredolu 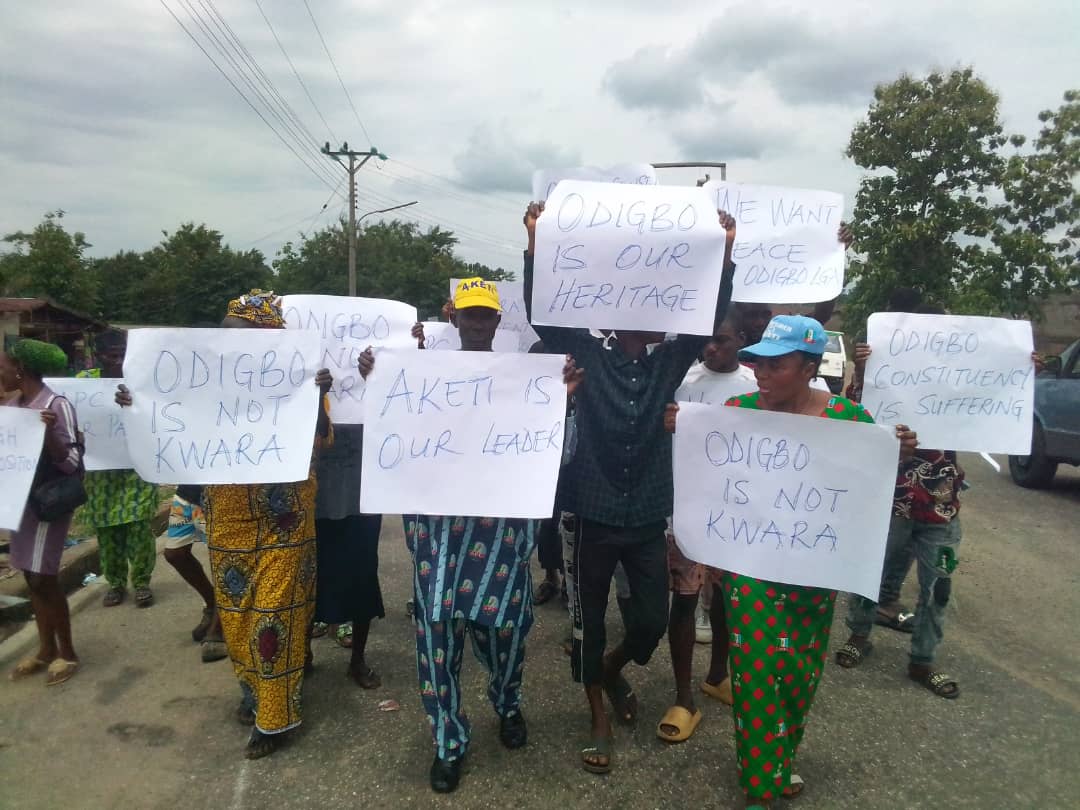 OPEN LETTER TO THE GOVERNOR AND APC STAKEHOLDERS IN ONDO STATE ISSUED UNDER THE AEGIS OF CONCERNED ODIGBO LOCAL GOVERNMENT YOUTHS-IN-COUNCIL FOLLOWING A PEACEFUL PROTEST IN AJUE.

We write to specially tender our displeasure and clear the air as regards the recent occurrence within Odigbo Constituency 1.

Without further vituperation, we crave the indulgence of Our Talk & Do Governor, APC Party Chairman, well meaning citizens and good people of Odigbo Local Government both home and abroad to help salvage this ugly incident as we do not want war or breakdown of law and order. Let it be on record that our friendly and accommodating nature is gradually being threatened by some quarters and authorities. We have peacefully demonstrated and also written letters expressing our grievances to the right quarters.

It would be recalled that Rt. Hon. Iroju Ogundeji, an indigene of Igodan Lisa of Okitipupa Local Government was imposed on us in Odigbo Constituency 1 by the immediate past Governor of Ondo State, Dr. Olusegun Mimiko; this act which many indigenes of the Constituency considered outrageous and displeasing.
Many of our well meaning sons and daughters who protested against this bizarre imposition during the election were lost; we can never forget the pains and agonies and same are still fresh in our hearts and memories. Despite this horrible experience, we forge ahead, obeyed the tenets of the Constitution and gave utmost respect to the Party Leaders, judicial verdict as law abiding Nigerian youths.

History is about to repeat itself once again and we are making this stand known that never again shall such experience resurface in our Constituency. As 2023 electioneering process draws near, we wish to register this that an Igbomina born Kwara State indigene who served as the Special Adviser (SA) to Gov. Rotimi Akeredolu during the Governor’s first term has been parading himself as the Governor’s anointed candidate for MHA Odigbo Constituency 1, citing this as the reason he was not given appointment. In many fora, he boasted he has the firm support of APC Party Chairman, Engr Ade Adetimehin and Commissioner for Finance, Mr Akinterinwa Wale. The public is on notice that the good people of Odigbo Constituency 1 were not against his appointment as the SA to Mr. Governor on Political Mobilization & Strategy and later as SA on Commerce & Industry. It must be known that those opportunities were merely presented to him on the ground of appointments and not in an elective position such as MHA. He was the only beneficiary of this administration in Odigbo Constituency 1 since 2017. We are not against his person and progress as a member of our great party. A Non-indigene is already completing 8 years, we need our loyal sons and daughters to represent us too. This frequent marginalization is becoming unbearable. We worked for this party, APC; paid our dues and ensured the victory of Mr. Governor at the guber polls.

The records are crystal clear and need no soothsayer that bonafide sons and daughters of Odigbo Constituency 1 have been sidelined and marginalized in the administration of the State. Below are the various positions occupied by non-indigenes in Odigbo Local Government;

It’s quite disheartening and embarrassing as there is no single representative at the state level selected or appointed from Odigbo Constituency 1 since the inception of Mr. Governor’s administration, yet we voted massively for him during his second term bid.

It is an open truth and known fact that the immediate past SA to Mr. Governor, Hon. Tunji Fabiyi was not fair to Odigbo Local Government despite our accommodating spirit and friendliness. For instance, he sold out the Trader Moni slots given to Odigbo to his people far away Kwara State as alleged. The unaccounted millions of naira Fabiyi Tunji collected from Ore Sabo Market traders while he was SA on Commerce and Industry is still a fresh wound. We challenge him to point to anything good in his favour in Odigbo Constituency 1in the last 4years as SA to Mr Governor.

Moreover, we need no one to inform us that Rt. Hon. Iroju Ogundeji only represented his people in Ikale where he goes ahead to empower them from time to time using the Odigbo Constituency resources and allocation. Presently, he has transferred his voters registration to his home town Igodan Lisa under Okitipupa Local Government with his Senatorial ambition. What becomes of the indigenous aspirants and future of the indigenes? Can this happen in Owo, Idanre, Ibadan, Kwara or Okitipupa without a fight? What exactly is our offence in Odigbo Constituency 1?.

To our royal fathers, stakeholders and patriots in Odigbo Constituency 1, we do not want to loose any of our youths and this is the basis upon which we are making this call to crave your indulgence and involvement in this pressing matter in order to avert an impending incident which remains a timing bomb. This is the essence of this peaceful protest. Before now, we wrote SOS letter to critical stakeholders and leaders of our Party, APC without feedback. We are reminded that Mr. Governor openly apologised for the choice of Iroju in 2019 after warnings from our Royal fathers in Odigbo 1 and Mr Governor promised not to repeat the same mistake.

As indigenous youths, we have no place to go. This is our ancestral home where we and our children can play politics and do politics. Let us note this that our youths are not contesting for Senate or Rep in the Constituency but Assembly. Therefore, we are not ready for war as law abiding youths. The future belongs to us and the future is now; our Constituency belongs to us and it will always be.

Mr Governor, Please save our souls.