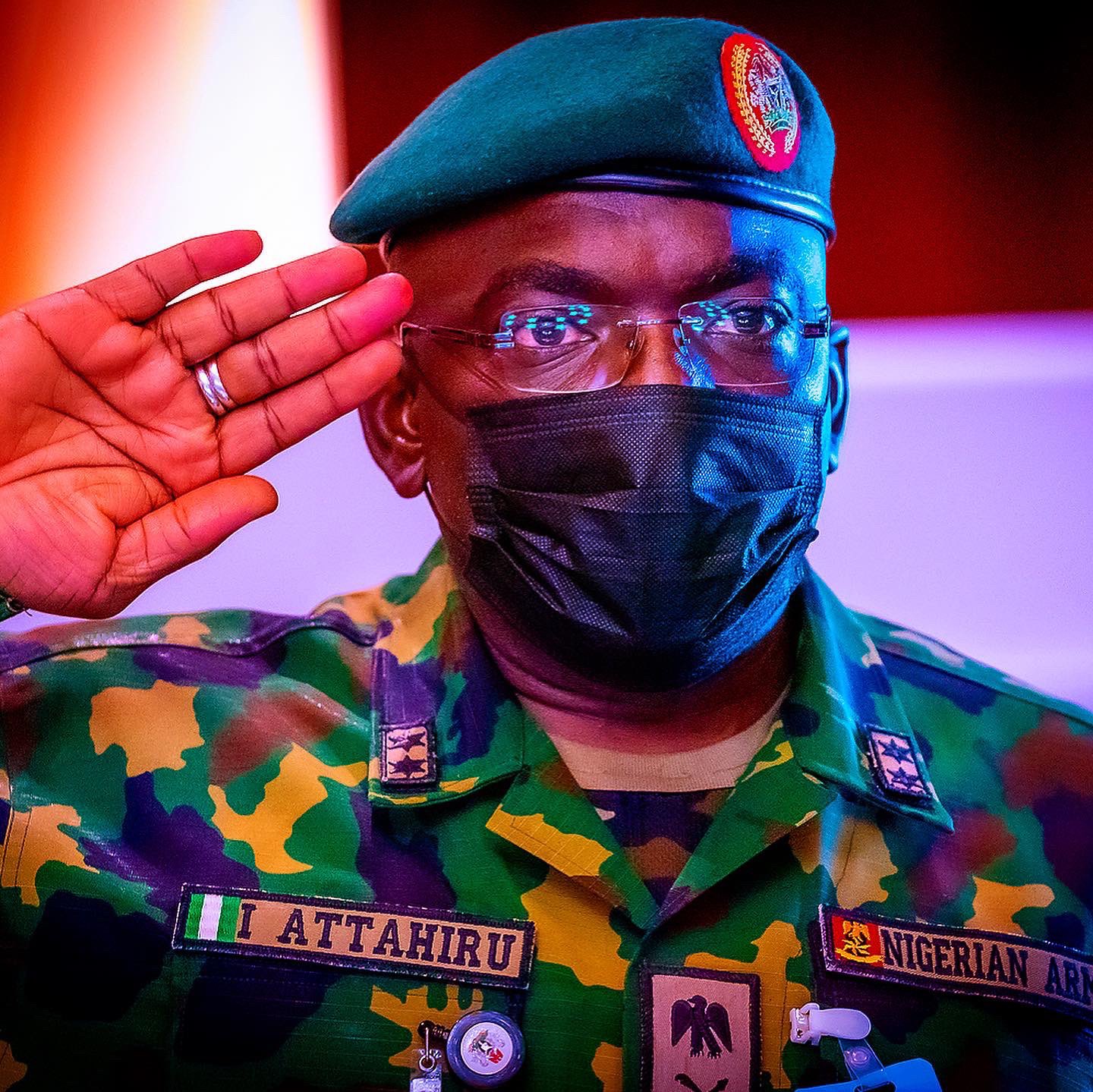 Lieutenant General Attahiru Ibrahim was born on the 10th of August 1966 and joined the military in 1984 and rose through the rank to become the 21st Chief of Army Staff of the Nigerian Army from 26 January this year till date.

Until his appointment as the Chief of Army Staff , he had Commanded Operation Lafiya Dole to reed the country of Boko Haram between May 2017 to December 2017.

He was a graduate of the Nigerian Defence Academy, Armed Forces Command and Staff College, Jaji and Nigerian Army School of Infantry.

He commenced cadets training in January 1984 and was commissioned into the rank of Second Lieutenant in December 1986 as an Infantry Officer.

The Chief of Army Staff, Ibrahim Attahiru, died in an air crash, Friday evening, May 21, 2021, alongside 11 other people on a trip to Kaduna.

Chief of Defense Staff, Gen Lucky Irabor has since set up an Accident Investigation Board, to look into the remote cause of the crash, though authorities had preliminarily blamed it on bad weather.