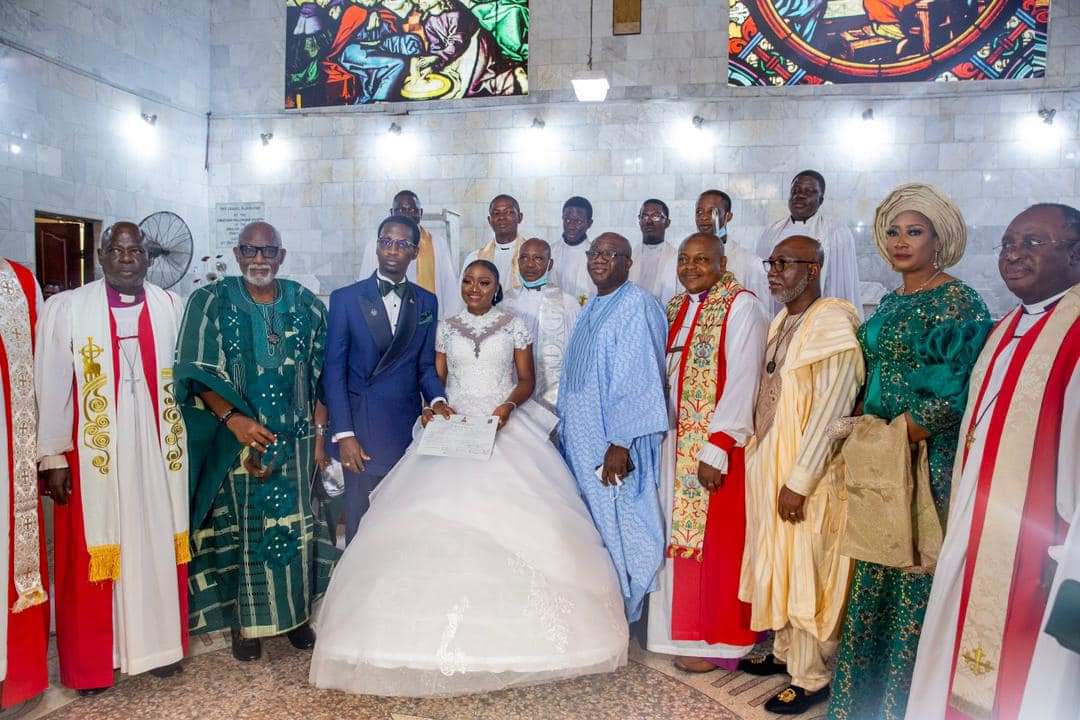 Ondo state Governor, Arakunrin Oluwarotimi Akeredolu, SAN, and his Ekiti state counterpart, Dr. Kayode Fayemi, were among the dignitaries who graced the wedding between Ademola Edwards and his heartthrob, Anuoluwapo Damilola, held at the African Church Cathedral, Ifako- Agege, Lagos, on Saturday.

The groom, Edwards, is the son of the Acting Chairman of the All Progressives Congress (APC) in Ondo state, Engr. Ade Adetimehin.

Traditional rulers presented include the Chairman, Ondo State Council of Obas and Olugbo of Ugbo kingdom, Oba Fredrick Akinruntan; the Olowo of Owo, Oba Ajibade Ogunoye; the Deji of Akure, Oba Aladetoyinbo Aladelusi; the Owa of Igbara-Oke, Oba Adefarakanmi Agbede, among others.

The Chairman of the wedding reception and Governor of Ekiti state, Dr. Kayode Fayemi, while congratulating the couple on their day, particularly advised them to make God the pillar of their home.

He charged them to build their marriage on trust and love each other, even as he admonished the couple not to allow third party in their marriage.

Earlier, in his sermon at the African Church Cathedral, the Diocesan Bishop, the Rt. Rev. Akin Falana, admonished the couple to see themselves as one and always be prayerful.

He equally charged them to be submissive, respect and appreciate each other.