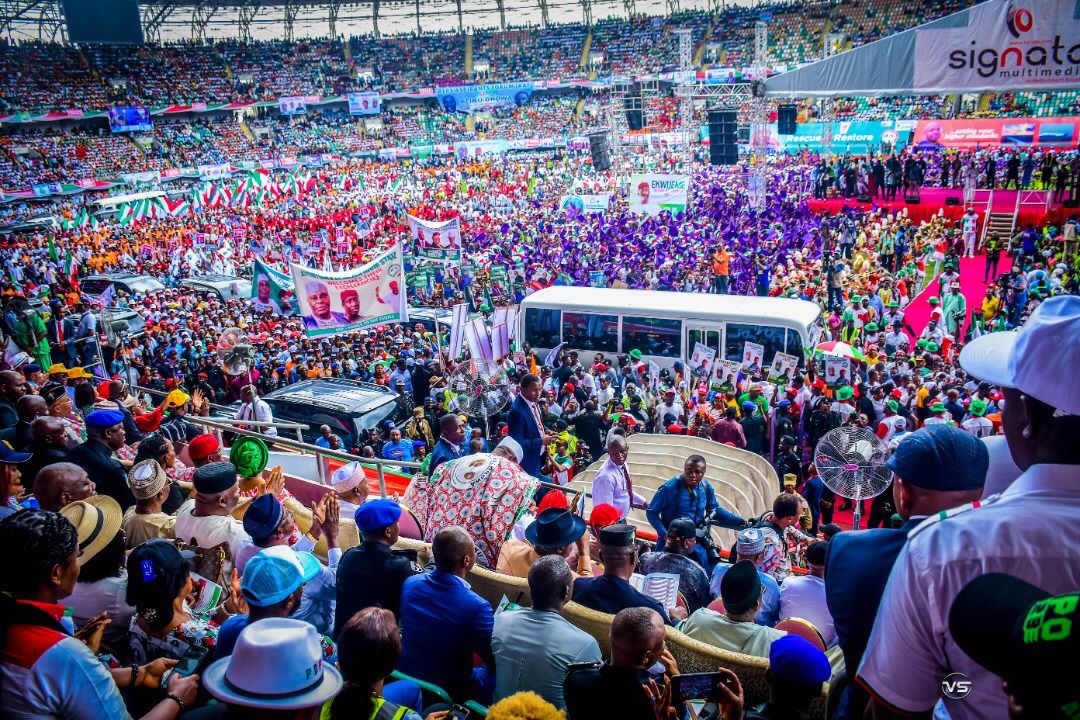 Rivers State Governor, Nyesom Wike, was conspicuously absent at the Peoples Democratic Party’s official flag-off of its presidential campaign in Akwa-Ibom on Monday.

Their absence may not be unconnected to the Wike camp’s insistence on the resignation of PDP National Chairman, Iyorchia Ayu.

The Wike camp have argued that it is unethical for the PDP to have a northern PDP presidential candidate and National Chairman, noting that it does not reflect the national character of the party.

They have also alleged that Ayu promised to resign after the PDP presidential primaries if a northerner emerged as candidate.

Ayu however has vowed to stay on as National Chairman and Atiku’s spokespersons have hinted that the presidential candidate has no intention – or power- to force Ayu’s removal.

Despite the Wike camp’s absence, the PDP campaign flag-off went on at the Nest of Champions Stadium in Uyo.

Others in attendance include Bauchi State Governor, Bala Mohammed, his Adamawa counterpart, Ahmadu Fintiri, and the former lawmaker representing Kogi West, Dino Melaye among others.

The PDP campaign is coming barely four months to the presidential election in 2023.

Both Atiku, Okowa, Ayu, and Emmanuel took turns to address the crowd in Uyo, pledging to rescue the country should the PDP be elected into office next year.