We have not violated any law, Closure of our premises is illegal – Bola Komo 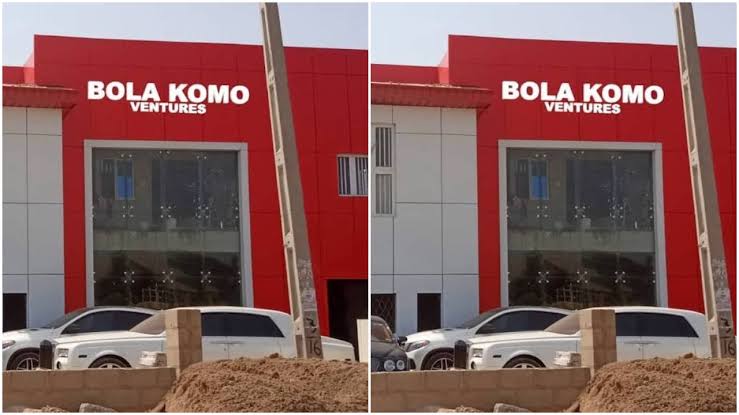 The chairman of Bolakomo Ventures, Mrs Olubola Adeya has described the closure of her business outfit in Akure, the Ondo State capital as illegal and violation of human rights.

In a statement, Mrs Adeya said “no cogent reason was given for the invasion and sealing off of the premises.”

“On the morning 4th Sept. 2021 at about 8a.m the Ondo State Security Network Command,
Amotekun stormed the premises of Bola Komo Ventures Akure in a gestapo style operation and
sealed up the business premises.

No cogent reason was given to the invasion and sealing off of the premises.

No order from the court of law or any document was presented.

All occupants and those residing within the premises were chased out. The business premises
has different sections; the bar and lounge (which they claim is the target of their sealing off) is in a different part of the premises entirely from the other sections of the business that were affected.

Like the medicine store, fashion school, agency banking, eatery, coffee shop, car wash, beauty
school, spa and spaces let out to other concerns to carry out their business were affected.

There are also numerous individuals attending training programs in order to acquire different skills under the skill acquisition and empowerment program.

It is note worthy that the Amotekun Corps was created to enhance the security of indigenes of Ondo State. They are expected to provide overall security generally and ensure specifically that the attacks of the notorious herdsmen are put in check and contained, yet the only place you find them is within Akure, the state capital, harassing, molesting and intimidating honest and all
law abiding citizens going about their lawful businesses.

This new dimension, introducing them to settle political scores against perceived political
opponents, which in this case is unfounded, amounts to gross abuse of power.”

“The Ondo State government while not creating employment on the engagement of the teeming young people in any form of vocational training, but it actively targets our organization which has been
spending it’s own hard earned money in the training of young entrepreneurs, capacity
building, providing start up grants to more than 150 youths ( over 25 of them currently in
various training programs) the program also includes widows engaged in petty business and
trading.”

“The invasion of the premises, as gathered by news men, the chairman and her family were prevented by the Amotekun
Corps from returning to their residential quarters, which is within the premises of Bola Komo Ventures, they are presently squatting with friends.

Mrs. Olubola Adeya said she is yet to find answers to the
big question: ” the sealing off and locking out of the occupants of Bola Komo premises without any order from the court of law or written authorised notice, lawfully procedure to adopt
when investigating issue of likely security breach(which is the present case is baseless) as no
suspect has ever been arrested for any criminal offense since our resumption of operation in
2019?”

“One would have thought the Amotekun operatives would have apprehended the suspects that they were keeping under surveillance. Threat to breach of security cannot be used as a cover up to violate the right of any citizen (being individual or corporate).

The rule of law must be
respected at all times by all agencies created by law.
We remain focused in our quest to achieve our goals through constitutional means and have the draconian act of abuse of power and oppression legally redressed.

To the victims affected by these illegal operations particularly those leasing space for carrying
out their businesses within the complex, we regret the inconveniences caused by the rash action of the Amotekun Corps, we urge them to be patient as justice will be done at the end of the day” She added