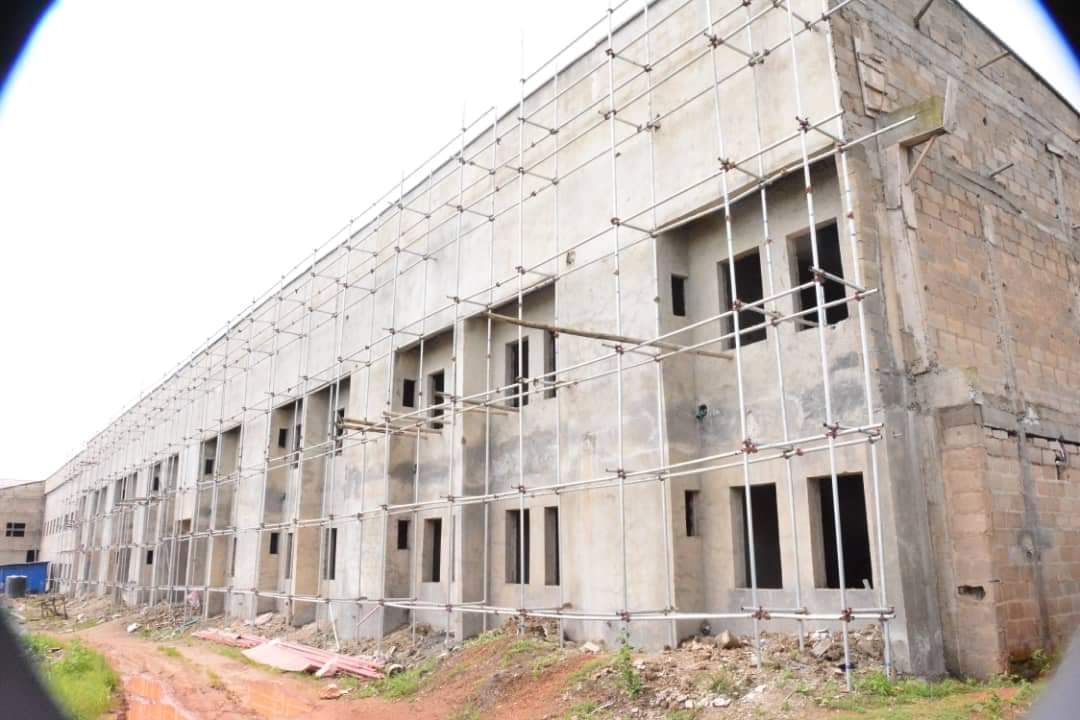 The Ondo state government has assured that the ongoing multi-million naira 250-bed Teaching Hospital at the University of Medical Sciences(UNIMED), Ondo, would soon be ready for commissioning.

The state Commissioner for Lands and Infrastructure, Engr. Raimi Aminu made this known on Tuesday while inspecting the level of work done on the 250-bed Teaching Hospital complex.

He was joined by the state Commissioner for Information and Orientation, Mr Donald Ojogo and other top officials of the Lands and Infrastructure Ministry.

Aminu explained that the project is in fulfilment of Governor Oluwarotimi Akeredolu’s promise to build a befitting and state-of-the-art 500-bed Teaching Hospital Complex at the UNIMED, Ondo and Akure.

He lauded the Governor for giving Ondo and Akure befitting Teaching Hospitals, saying the project would add value to the health care system in the country.

While commending the contractor handling the project for the quality and level of work done so far, the Commissioner equally expressed confidence that the contractor would meet the deadline and delivered as scheduled.

He listed some of the facilities which make the project unique to include two gigantic major theatres that can accommodate different operations with many doctors at the same time; paediatric (Children) wards; many offices for consultants and two standard lifts.

Chairman Medical Advisory Committee, UNIMED Teaching Hospital Complex, Ondo, Dr Gbala Michael, explained that when completed, the project would be a legacy project that would put the state above other teaching hospitals in the country.

“In addition to several other facilities, we also have private Ward, it is just like a five-star hotel. It is like a one-stop facility whereby patients are assessed and admitted if need be, do their laboratory test and others”, he added.