Taliban Poised to Retake Afghanistan After 20 Years in Shadows 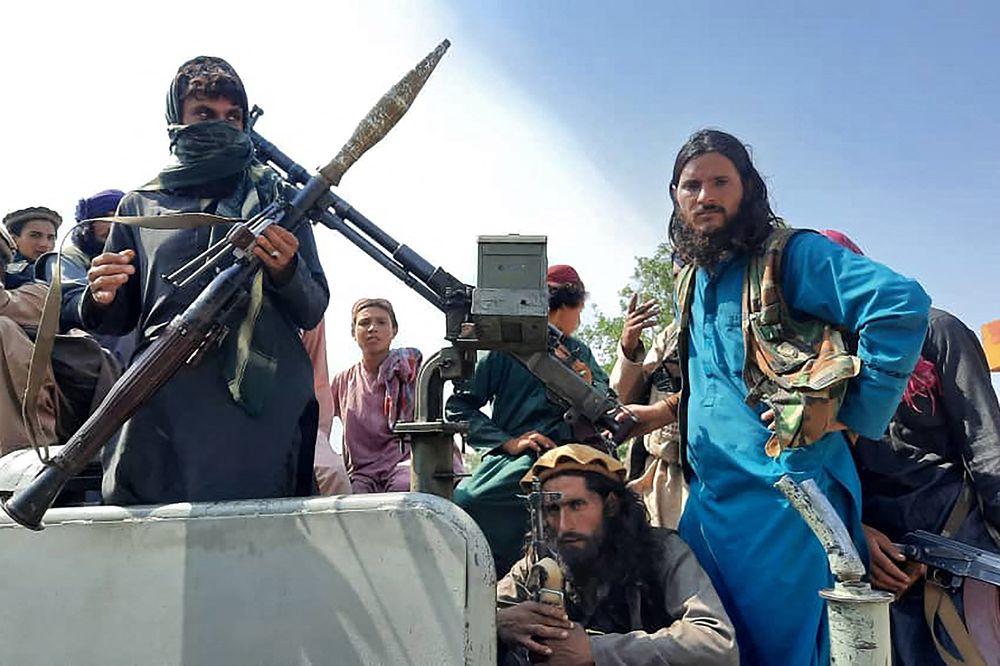 Taliban leaders marched into Kabul on Sunday as they prepare to take full control of Afghanistan, 20 years after they were removed by the U.S. military.

Abdullah Abdullah, head of the High Council for National Reconciliation, confirmed Ghani’s departure on Facebook. Local media reported Ghani was bound for neighboring Tajikistan along with some close aides.null

Hamid Karzai, Afghan president from 2004 to 2014, said Sunday that that he, Abdullah and others would form a coordinating council to manage a peaceful transfer of power. The mechanism of such a handover was unclear given the Taliban’s occupation of all major cities and the government’s collapse.

The Taliban swept through Afghanistan in a matter of weeks, taking world leaders by surprise as the entered a vacuum created by departing U.S. and NATO forces working against the Aug. 31 deadline imposed by U.S. President Joe Biden to end America’s longest war.

In many cases the militants encountered little or no resistance from Afghan’s U.S.-trained military. Key provincial centers close to Kabul and in far-flung corners of the nation fell in quick succession.

Skies over Kabul buzzed on Sunday with U.S. military helicopters ferrying passengers from the U.S. embassy. The American flag at the embassy was lowered, the Associated Press reported. Afghanis lined up for cash and many headed to the airport, desperate to book a flight out of the country.

“We’re relocating the men and women of our embassy to a location at the airport,” Secretary of State Antony Blinken said on ABC. “That’s why the president sent in a number of forces to make sure that, as we continue to draw down our diplomatic presence, we do it in a safe and orderly fashion.”

The acting U.S. ambassador was among those evacuated to the airport, the AP reported. The U.S. embassy said on its website that the airport was taking fire, and advised U.S. citizens to shelter in place.

CNN reported earlier that the U.S. will pull out all embassy personnel by Tuesday, leaving a small core of staff to operate from the airport. The embassy reported the airport was taking fire late Sunday, and instructed U.S. citizens to shelter in place.

To many, images of helicopters over Kabul were an echo of the American departure from Saigon in 1975, at the end of the Vietnam War.

Blinken rejected that analogy. “This is not Saigon. We went to Afghanistan 20 years ago, with one mission, and that mission was to deal with the folks who attacked us on 9/11, and we’ve succeeded,” he said on CNN.

Top Biden administration officials briefed members of Congress on Sunday, many of whom were furious about the visible chaos to end a campaign that’s cost about 2,400 American lives and close to $1 trillion.

“This disaster, the catastrophe that we’re watching unfold right now across Afghanistan, did not have to happen,” said Republican Representative Liz Cheney of Wyoming, whose father, then-Vice President Dick Cheney, was one of the architects of the 2001 U.S. invasion of Afghanistan.

Briefing lawmakers, Defense Secretary Lloyd Austin defended the administration’s actions. The Taliban planned to attack U.S. troops had they stayed past the announced deadline, he said, according to two people familiar with the call.

Taliban fighters reached the outskirts of Kabul early on Sunday after a three-week offensive. Just a day earlier, they were estimated to have seized about half of Afghanistan’s provincial capitals.

The militant group now controls all of Afghanistan’s border crossings, the AP said, leaving Kabul’s airport as the only way out of the country.

The Taliban has sought to reassure the country and the world that it will act responsibly as it prepares to resume power, following the swift collapse of the Afghan army.