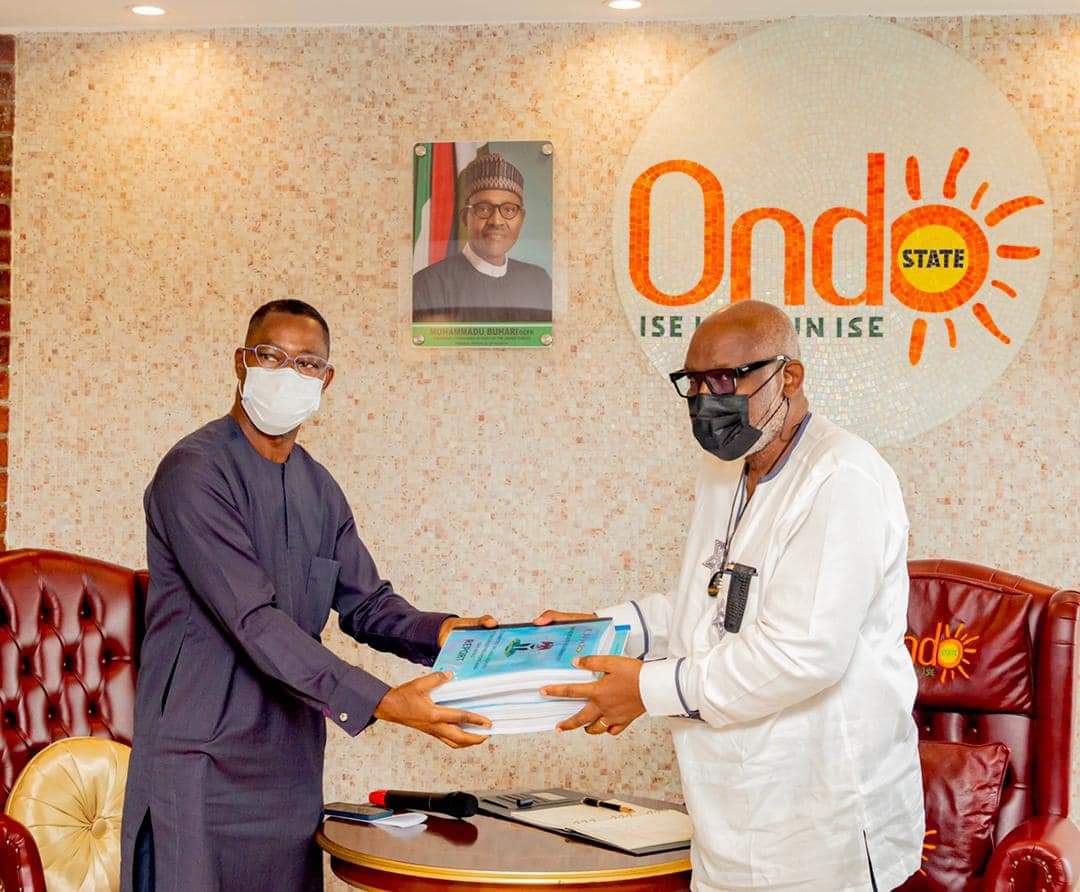 Speaking while receiving the report of the committee on the land dispute between Supare-Akoko and Oka-Akoko in Akoko Southwest Local Government Area of the state, Governor Akeredolu noted with satisfaction the efforts of the committee to achieve amicable resolution of all contending issues which led to the dispute.

The governor was particularly happy that the committee was able to get the warring factions to reach a compromise to the extent that they were able to sign a Memorandum of Understanding, MoU.

“Initially, I thought it was going to be intractable. But from what I can see, you were able to reach compromise among the warring factions (Supare people and the farmers). That they can come to terms and agree to sign Memorandum of Understanding, MoU, is a wonderful thing,” he said.

Governor Akeredolu described as a reference point the genuine reconciliation facilitated by the committee which enabled the farmers to recognise the rights of owners of the land and equally agreed to go about their farming activities within stipulated guidelines contained in the signed MoU.

The governor assured that the recommendations of the committee would be looked into before the final decision of the state government.

He, however, stated that the template for the peaceful resolution of the dispute used by the committee will be encouraged in any similar situation in the state.

Earlier, the Chairman of the Committee, Hon Ade Adeogun, said the report contains the findings and recommendations in line with the terms of reference given to the committee at its inauguration three weeks ago.

The Chairman of the Committee, who is the House of Representatives member representing the Akoko South East/South West Federal Constituency, used the opportunity to appreciate the governor for the privilege given to the members to serve in the committee.

In its swift response to the outbreak of land dispute between the two Akoko communities last month, the Ondo State Government constituted the committee and it was inaugurated by the Deputy Governor, Hon. Lucky Aiyedatiwa, to inquire into the immediate and remote causes of the dispute with a view to finding a lasting solution.

The committee was also to assess the level of attendant damage and make recommendations to the State Government.