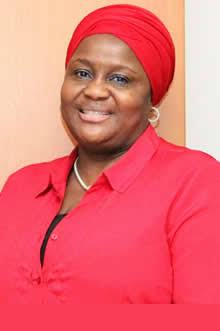 Cristiano Ronaldo stole the show as Juventus stunned Atletico Madrid with a 3-0 win to proceed into the Champions League Quarter final with a 3-2 aggregate victory. Ronaldo scored a hat-trick on the night and handed the deserved victory to Massimiliano Allegri’s side.

Manchester City mercilessly thrashed Schalke by 7-0 to secure a 10-2 aggregate victory to move into the Quarter final of the Champions League. Sergio Aguero scored twice while Bernardo Silva, Phil Foden, Leroy Sane, Raheem Sterling and Gabriel Jesus all got on the score sheet.

Pep Guardiola has now qualified for nine Champions League quarter finals of his last 10 season in the competition.
Only once has a team won by a margin higher than 10-2 in the knockout stages of the Champions League and that was Bayern Munich 12-1 victory over Sporting CP in 2008/09.
Leroy Sane has now scored 50 goals in all competitions so far for clubs, 37 for City and 13 for Schalke.
Sterling has scored six goals and assisted other three in his last four starts at the Etihad Stadium in all competitions.

Atletico Madrid boss Diego Simeone has taken the blame for his side’s 3-0 loss to Juventus last night, leaving them to crash out of the competition.

Arsenal will have forward Alexandre Lacazette back in their Europa League second-leg fixture against Rennes this Thursday after seeing his red card ban of three games reduced to two.

Manchester United are ready to make a move for Crystal Palace defender Aaron Wan-Bissaka for a £40m fee.

Leicester City boss Brendan Rodgers is ready to snap up a move for his previous team Celtic’s left back Kieran Tierney.

Chelsea are reportedly drawing both Plan A and Plan B for the summer and both plans are likely to involve selling Eden Hazard.

Manchester United forward Alexis Sanchez is ready to take a pay cut to leave the club this summer.

Crystal Palace and Brighton have reportedly identified Newcastle midfielder Mo Diame as their main target. He will be out of contract at his current club at the end of the season.

West Ham star Andy Carroll had suffered another ankle injury and this may amount that he has played his last game for the club.

Manchester United are ready to set aside a huge fee to sign Borussia Dortmund youngster Jadon Sancho.
Barcelona also offered their midfielder Philippe Coutinho to the Old Trafford side.

Ole Gunnar Solskjaer is ready to give his defenders a chance and will refuse to sign new defenders in the summer.

Chelsea left-back Emerson has revealed the players are afraid of losing Eden Hazard in the summer.

West Ham are ready to make another move for Celta Vigo star Maxi Gomez after their move was turned down in January.

Liverpool goalkeeper Loris Karius is set to stay on loan at Besiktas. Karius could however take legal actions against lack of salaries for the past four months.

According to reports, Sergio Ramos and Karim Benzema stopped Real Madrid from appointing Jose Mourinho as their new boss.

That will be all for today, have a wonderful day ahead..