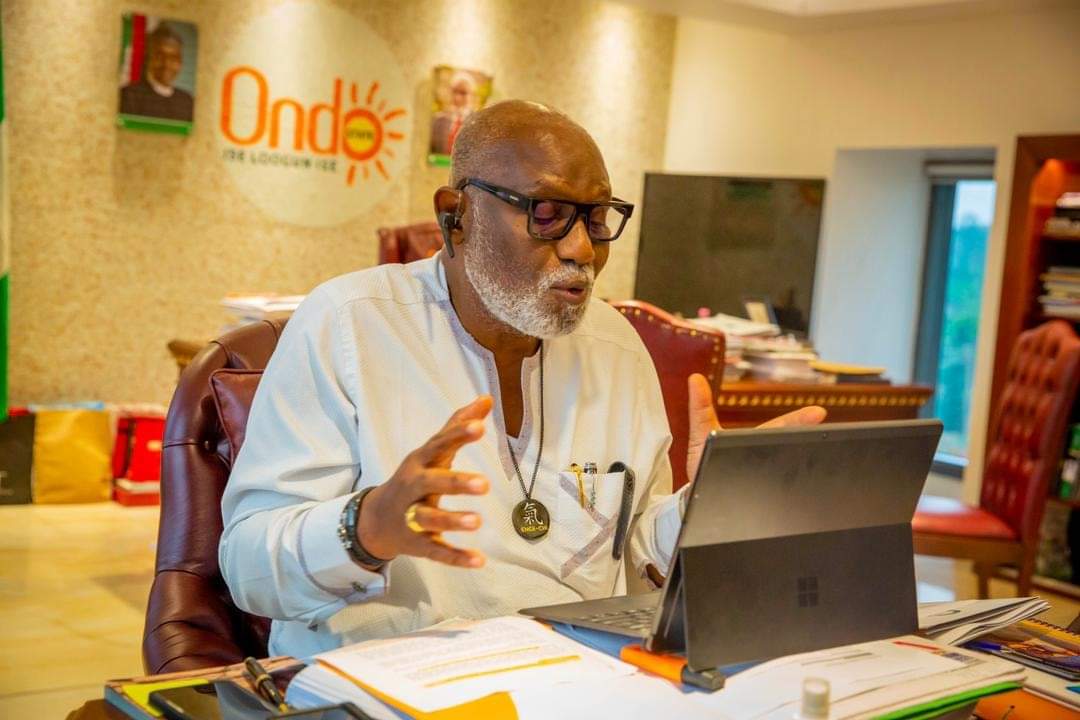 The Governor posited that having a single command in Abuja to oversee the 36 states of the federation and the Federal Capital Territory cannot ensure effective tackling of the issues affecting policing in Nigeria.

Governor Akeredolu spoke during a virtual panel discussion on the #EndSars protest that occurred last year.

The panel discussion, which was hosted by the University of Notre Dame, is part of the Kellogg Institute for International Studies lecture series.

The lecture brings prominent scholars and practitioners together to offer insights and promote interdisciplinary discussions among students and faculties on issues of critical importance to the world.

Speaking on “Constitution and the Rule of Law prescribe the working mechanism of the State Security Outfit vis-a vis the rights of the individuals”, Governor Akeredolu explained that the Nigerian Constitution guarantees the rule of law and fundamental human rights.

He, however, said such rights can be suspended or abridged during social or political upheavals, adding that the state has an obligation to maintain law and order in a period of pervasive crisis or violence.

Pointing out that there is no absolute right, the Governor re-emphasized that basic rights can be suspended for peace which is the collective interest of the people.

Governor Akeredolu, who noted that there was no consistent policy conceived to address the security issues that have festered for a while, stressed that the #EndSars protest exposed one of the numerous crises facing the county.

He condemned the way the protest ended with so much destruction, adding that the beginning was commendable before it was hijacked by hoodlums who were destructive elements.

“#ENDSARS protest was hijacked by hoodlums. It was not organised to loot and destroy. What happened in Lagos cannot be said to be #ENDSARS. It was the handiwork of destructive elements. It is not something that anybody will encourage. When it started, it was commendable. The way it ended must be condemned because we allowed hoodlums to hijack it.

“One thing is clear, the Nigerian Constitution as we have it today, in spite of the flaws, has guaranteed the rule of laws and fundamental human rights. Everybody including the security agents must respect this.

“But the state has an obligation to maintain law and order. In the period of pervasive crisis, certain basic rights can be suspended for peace which is the collective interest of the people. It gives us clear understanding that no right is absolute,” he said.

Governor Akeredolu also faulted the recruitment and employment process of the officers of the Nigerian Police, saying reports of payments for recruitment into the Police Force are very worrisome.

The Sun Award: “My Initiatives Geared Towards Leaving the World Better than I met it” – Ondo First Lady