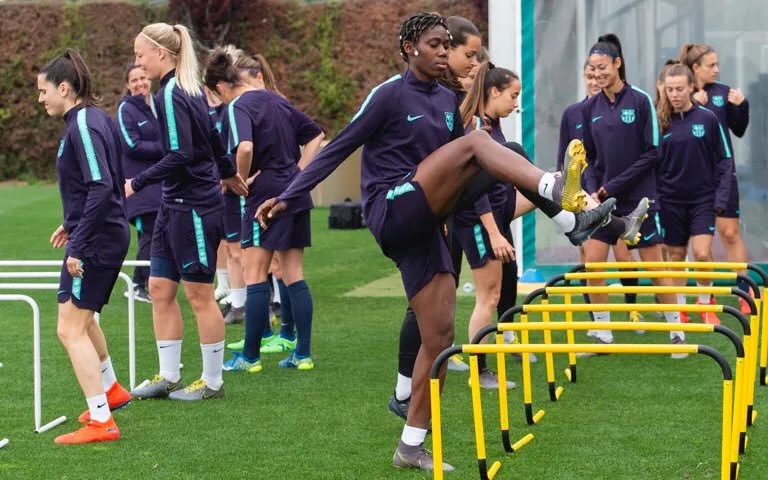 Super Falcons striker, Asisat Oshoala has returned to training with her club Barcelona Femeni after a short spell on the sidelines through injury.

Oshoala has been out after sustaining a knee ligament injury with Nigeria at the 2022 Africa Women’s Cup of Nations in July.

Oshoala has suffered bouts of injuries in recent seasons.

The 27-year-old was a joint top scorer in the Spanish Iberdola last season.