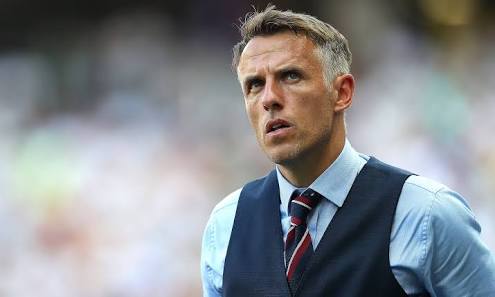 Inter Miami confirmed the departure of manager Diego Alonso amid speculation that England women’s boss Phil Neville is being lined up to take over at the Major League Soccer club.

In a statement, Miami said the club had parted company with Alonso by mutual agreement.

“On behalf of the organization, I want to thank Diego for his hard work and dedication during our inaugural season and wish him the best in his future endeavors,” said Inter Miami CF managing owner Jorge Mas.

“This was a difficult year and a very tough decision for everyone, but we believe it is the right step for the club. We have great expectations for Inter Miami in the short and long term.”

The club have been strongly linked to a move for England coach Neville — a close friend and former Manchester United team-mate of Miami co-owner David Beckham — according to reports in Britain.

Neville’s contract with England ends in July, but the coach was due to manage the Great Britain team at the Tokyo Olympics.

Neville, 43, took England’s women to the semi-finals of the 2019 World Cup in France, where they were beaten by eventual champions the United States.