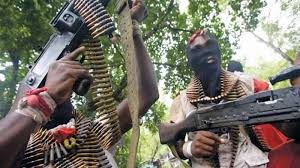 The man recently abducted on Ise – Isua road in Akoko north East local government area of Ondo state while his driver was killed by gunmen has been released.

Reports says the man was dropped off at Ikakumo in Akoko – Edo area of Edo State before he was handed over to the police in Ikare Akoko and thereafter taken for medical attention in an undisclosed hospital in Ikare .

According to the police area commander Ikare command , Assistant Commissioner of police , Razak Rauf, the man is a pastor of All Christians fellowship mission from Ikole – Ekiti in Ekiti state.

He was reportedly coming from Abuja with his driver at the time of the incident during which he was kidnapped and his driver killed.

As at the time of filing this report , payment of ransom could not be established.