JUST IN: Ondo Govt Signs Agreement over Return Of Four Schools to Missionaries 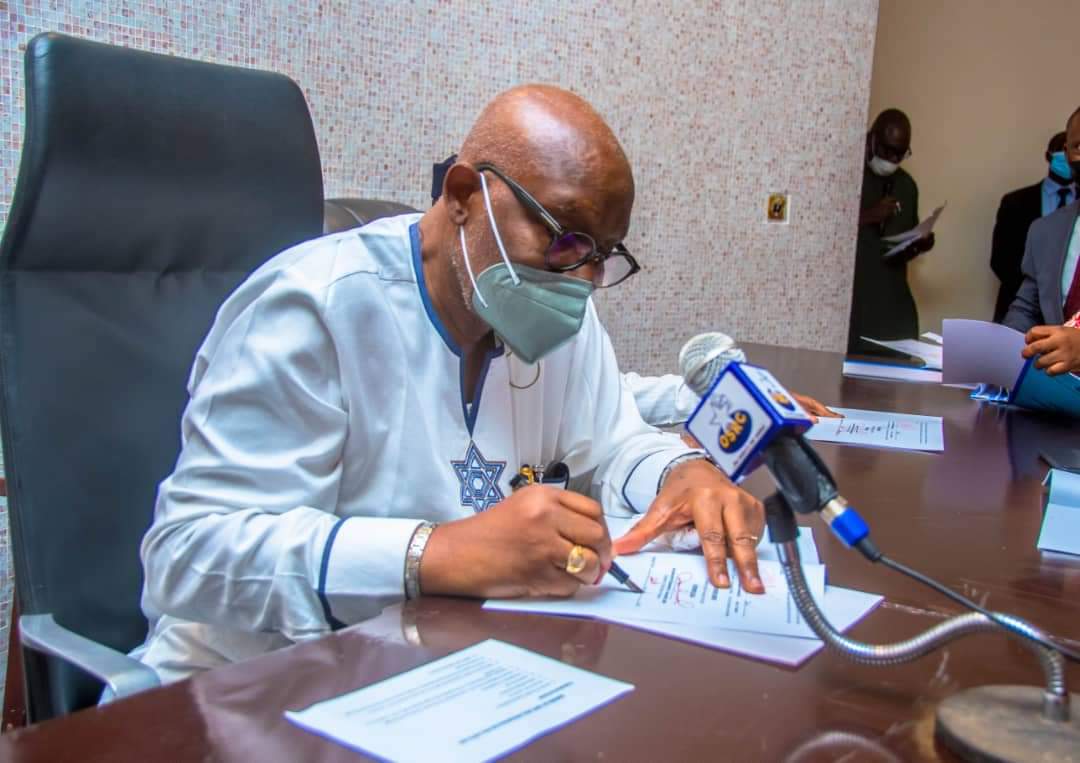 The Ondo State Governor, Oluwarotimi Akeredolu, on Thursday, 5th of May, 2022, officially signed a memorandum of understanding, paving way for the Catholic Mission in the State to take over Four schools, that were initially established by them.

The State Commissioner for Justice and Attorney General, Titiloye Charles confirmed the development in a post on his Facebook profile on Thursday.

In a related development, admission form into Aquinas College Akure for the 2022/2023 academic session has commenced.

In a flyer the new management of the school, Catholic Diocese of Ondo, pegged the price of admission form at N2000.