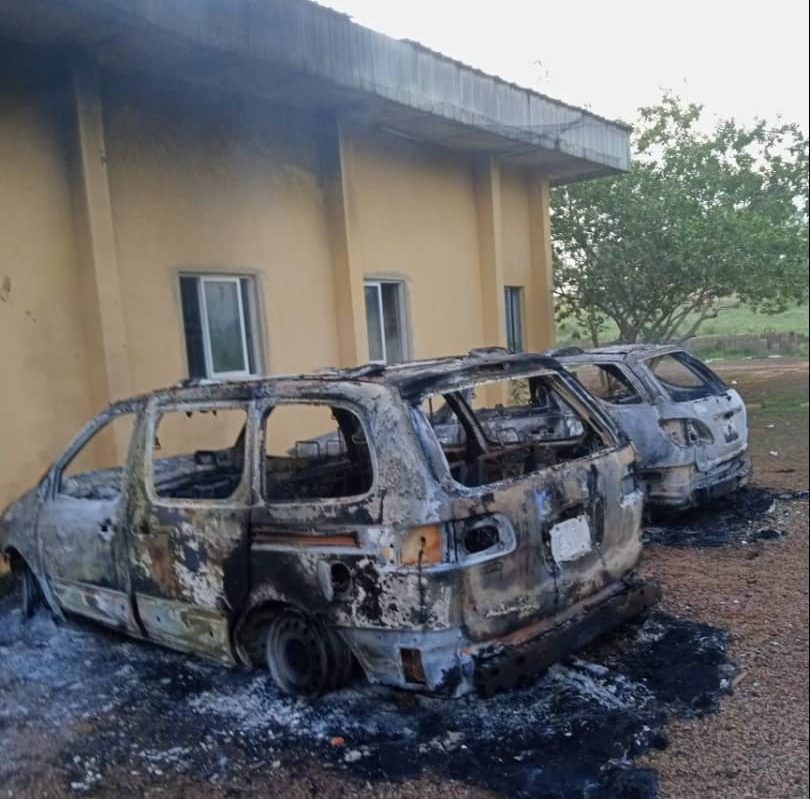 According to an eyewitness who spoke on the condition of anonymity, the Unknown gunmen numbering over fifty stormed the place at about four o’clock Monday morning and launched an attack on the Zone.

The hoodlums set ablaze the security hut, main administrative building as well as several vehicles parked within the compound.

Two police officers were also allegedly shot dead during the attack while detained suspects were all released by the unknown gunmen.

Reports say tow trucks were seen towing some of the destroyed vehicles while people were cleaning offices where electronic gadgets and office equipment were also damaged.

Efforts to speak with the Zonal Police Public Relations Officer Princess Nkiru Nwode to confirm the incident failed as she did not pick several calls put across to her cell phone as at the time of filling this report.