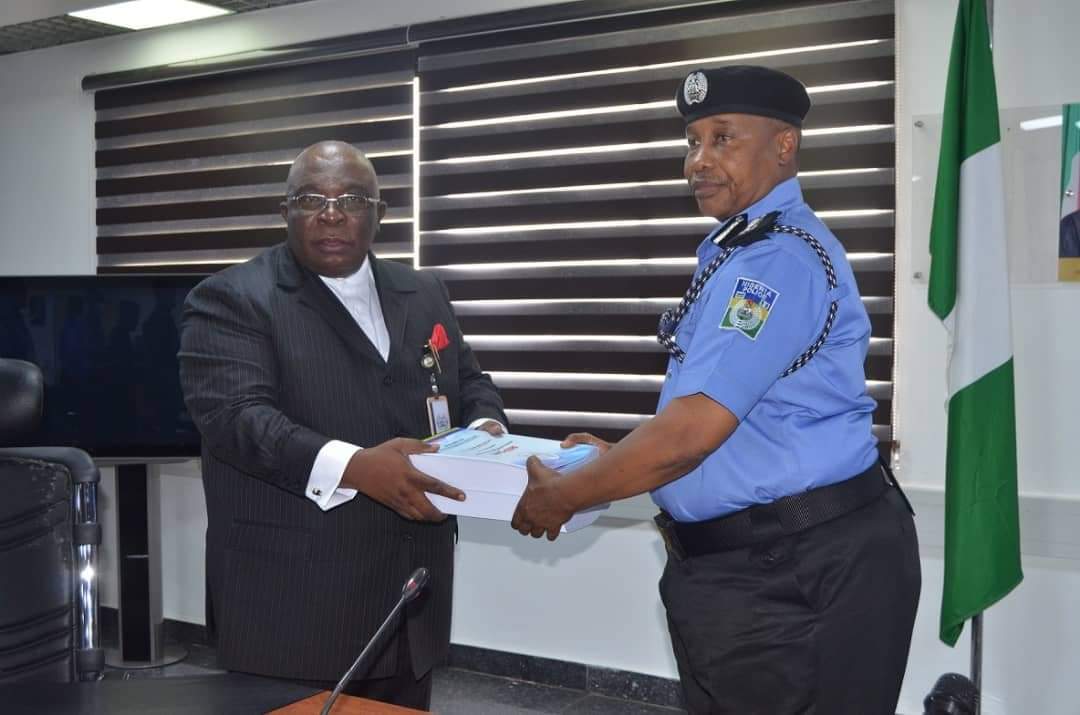 · Reiterates Commitment to the Course of Justice

The Inspector-General of Police, IGP Usman Alkali Baba has received the report of the NPF Special Investigation Panel (SIP) investigating the alleged indictment of the erstwhile Head of the Police Intelligence Response Team (IRT), DCP Abba Kyari by the Federal Bureau of Investigation (FBI).

The report was submitted by the chairman of the SIP, DIG Joseph Egbunike, at the Force Headquarters, Abuja on Thursday.

DIG Egbunike, while presenting the report, appreciated the IGP for the confidence reposed on him and the members of the Panel to conduct the probe.

He noted that the Panel commenced investigations immediately it was inaugurated on 2nd August, 2021 and the report submitted is an outcome of a painstaking, transparent and exhaustive investigative process.

He further revealed that the report presented contained the case file of the probe, evidences and findings as well as testimonies from DCP Abba Kyari and other persons and groups linked to the matter.

The IGP, who commended the Panel for the work done, stated that the essence of the probe was to carry out discrete investigations into the allegation levied against the Officer to enable the Force leadership be appropriately guided in its decision-making processes.

The IGP assured that a careful and expeditious review of the recommendations would be undertaken by the Force Management Team and thereafter forwarded to appropriate quarters for necessary action(s).

He reiterated as always, the commitment of the Force to justice for all.