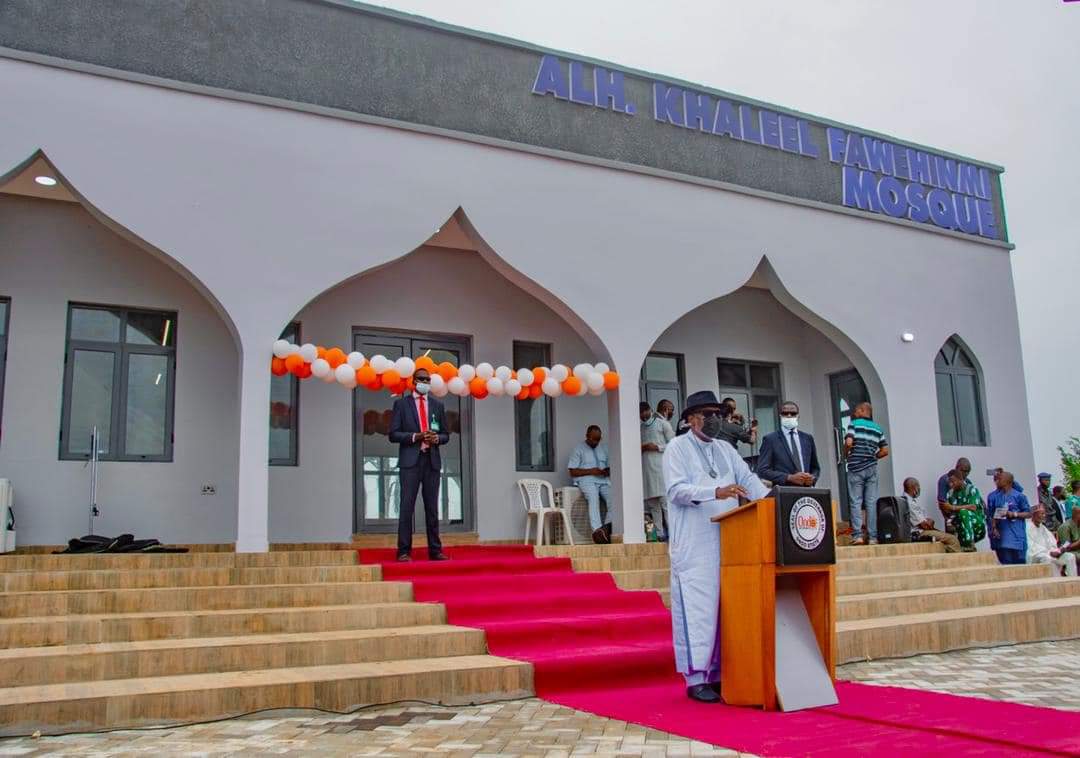 The Governor named the mosque after the erstwhile Chairman of the state Muslim Welfare Board, Late Alhaji Khaleel Fawehinmi, who died last year.

He said the construction of the mosque inside the Government House exemplifies the essence of unity in diversity, love and peaceful coexistence.

The commissioning was part of the activities marking the 100 days of his second term in office.

Governor Akeredolu said: “I wish to remember my late friend and erstwhile Chairman of the Muslims Welfare Board, Alhaji Khaleel Fawehinmi, (may Almighty Allah grant him Aljannah Firdaus) who worked assiduously towards the actualisation of this project and also the Honourable Commissioner for Lands and Infrastructure, Engr (Alhaji) Raimi Aminu and his team who also contributed in no small measures to ensure that history is made today in this regards.

“The commissioning of the mosque would now afford public servants in this environment the opportunity to perform their religious obligations with much ease. It would also avail our Muslim visitors the opportunity of a conducive place of worship.”

Going down the memory lane, the Governor said he completed the Government House Chapel that was at the foundation stage when he assumed office in 2017.

However, Governor Akeredolu urged the faithful to continue to pray for Allah’s intervention in the rising insecurity and other issues bedevilling the country.

The mosque has an office accommodation for the Imam, adequate ablution facilities for male and female faithful with attendant conveniences, ramp for special persons, terrace tiles among others.