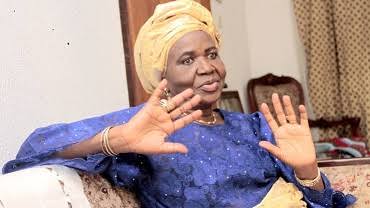 RE:- EXPULSION OF MRS. OLAJUMOKE ANIFOWOSHE FROM ALL PROGRESSIVES CONGRESS (APC)

We the undersigned members of All Progressives Congress, in Ondo State write to complain about the above-mentioned subject-matter.

Our silence in respect of the matter was borne out of the fact that the issues surrounding the the initial suspension ought to have been justifiably settled by the leadership of the party at the state level. It’s a big surprise to us that instead of resolving a local issue, we as individuals and collectively too have had a taste of the punitive action as we are being stigmatised for supporting Mrs Olajumoke Anifowoshe who is not only our leader but also our mentor.

In view of the above and after exhausting all avenues for redress as provided for in the constitution of All Progressive Congress (April 2014 as amended), our leader and mentor had no alternative than to take her destiny in her hands by seeking redress in the court of law.

It may not be too obvious to the current leadership of the party, but the following are germane for our leaders to know and confirm from the ordinary people across board in Ondo State, about the kind of person our leader and mentor is:

 She is of the progressive ilk right from her birth to the present time, being the daughter of our illustrious father and the first executive governor of old Ondo State (Ondo & Ekiti States), Chief Michael Adekunle Ajasin.

 At the commencement of politics in 1999, she joined the Alliance for Democracy (AD) and continues as AD changed name to AC, ACN and the merger of ACN, CPC, part of PDP which culminated in the formation of APC.

 She has the singular honour of being the first woman to lead a major political party (ACN) at the state level in Nigeria.

 As Chairman of ACN at the state level, her tenure was peaceful as she led by example, living up to the billing of her background – transparent leadership.

 As Chairman, she used her talent, time and money to sustain the party as she was not given any money to function by any body. She fueled her vehicle, paid for the party’s secretariat and extended her generosity to members of her exco during exco. meetings.

 As Chairman, she solicited the current who is who in APC to join ACN, moving day and night to different Local Government Areas, Wards and individual homes, courting membership for ACN and to God be the glory, the leadership of the party recognized her hard-work. Asiwaju Bola Ahmed Tinubu, the leader of APC as well as His Excellency/Hon. Minister Ogbeni Rauf Aregbesola, late governor Abiola Ajimobi etc, gave her thumbs up for the work she did to resuscitate a dead party in Ondo State. The party was in the cooler but she gave it life as the Chairman in Ondo State.

 She singularly encouraged Ondo State Women to Join APC which culminated in the formation of Ondo State APC Women for Change. She registered this group with the national headquarters. This is a body of women that traversed all the nooks and crannies of the state with emphasis on our markets to propagate the vision and mission of APC. “E LO SO LOJA” (go and say it in the market place) was a song put in place by this group which is the mantra of APC women in Ondo State till date. Men and women, young and old danced to this song anytime it was aired on Adaba FM.

In order not to bore you with who this “woman like man” is, we attach herewith her profile which speaks volumes about her pedigree, both politically as a staunch member of APC and as a community leader.

It is, therefore, strange to us that somebody who has done so much for the party without asking for, or making any noise about, compensation could be so treated by the party in her ward and state. What message is the party passing to us vulnerable ones? What has she done that some of her haters who are now in positions of authority in Ondo State have not done worse, like joining AA party and campaigning for same. They forced the members of the exco. at the ward and state to suspend and expel her via the media and up till now she has not received any query or letters of suspension/expulsion from any arm of the party. We are, however, constrained to let the leadership of the party know that we may not have money and the wherewithal to do what the haters of our leader and mentor have done, but we have our thumbs which are useful when the need arises.

It may also interest the leadership that the Director General of our leader’s campaign committee won his two units for APC at the last election for the first time in the history of the two units at Ilara in Ifedore local government and so it is with many of the undersigned who joined APC because of this woman of valour.

In conclusion, we demand that good reason prevails. It is not this woman, our leader and mentor, that should be treated with so much disdain by her male counterparts. She is a star in the midst of them, the haters of ethical living.