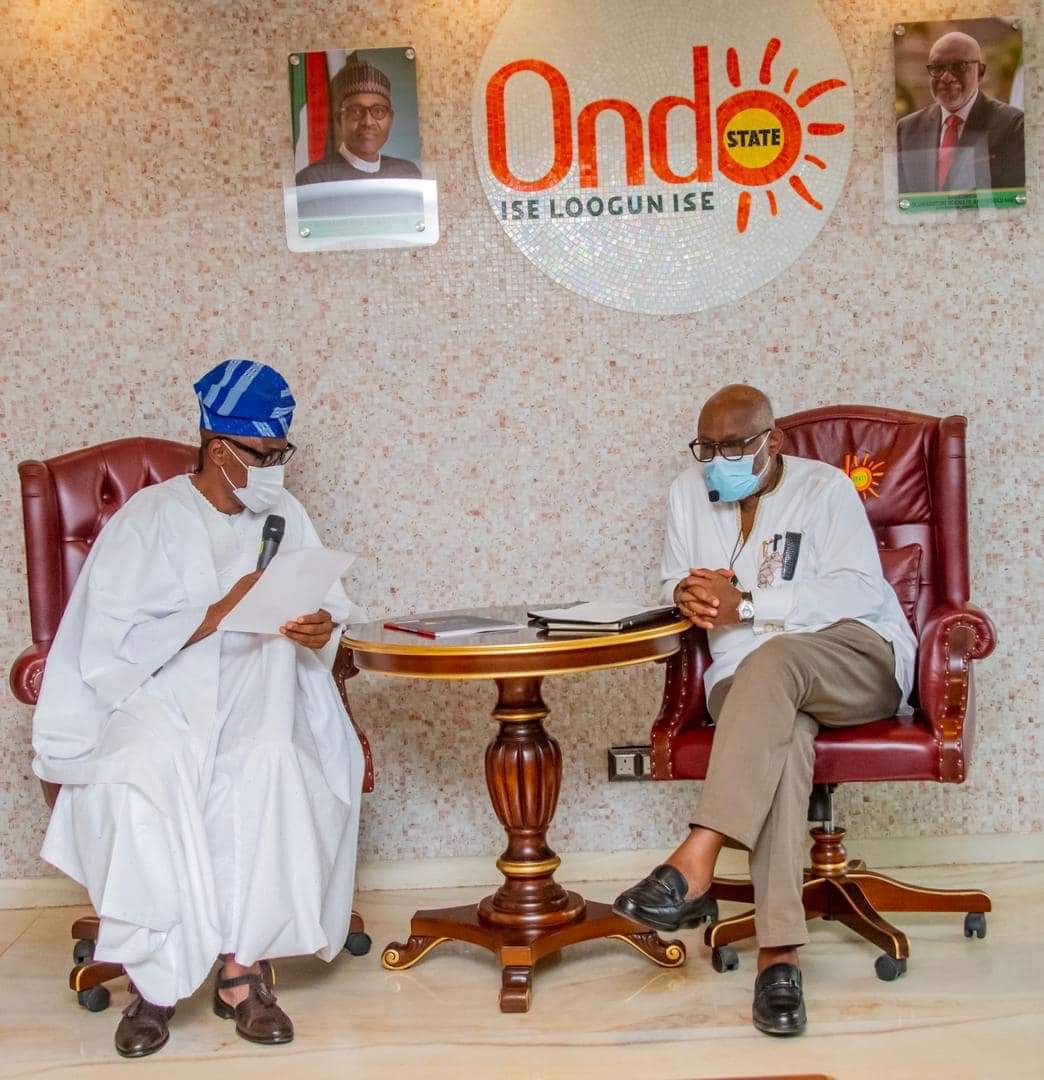 Ondo State Governor, Oluwarotimi Akeredolu, SAN, has assured that his administration will continue to work tirelessly to provide adequate security for the people of the state.

Governor Akeredolu, who identified adequate security as a necessary condition for a thriving social activities, stressed that his administration is poised to secure the state for the good of the people.

The Governor spoke on Tuesday while receiving members of the Club Elan on a courtesy visit to his office, Alagbaka, Akure, the state capital.

He noted that the time is ripe for restructuring, particularly the establishment of state police, adding that there must be multi-level system of policing to achieve the desired effectiveness.

“On the issue of security, we are trying. We need to change our security architecture. We are aware that without adequate security, you won’t be able to go out for your social activities. We are determined to provide adequate security for our people.

“We want to have a proper and adequately equipped security outfit. When we have State Police, then our people can sleep with their two eyes closed.

Governor Akeredolu, who said he had known Club Elan since he was Attorney-General and Commissioner for Justice in the state, noted that the club has grown.

He said: “Club Elan is a club I got to know when it was at its infancy. I got to know about it because I know lawyers who are your members. I’m happy that this club has grown. Arguably, it is probably one of the leading social clubs in Ondo State.”

Earlier, the President of the Club, Elano Yomi Seriki, commended the giant strides of the Governor in the state while appreciating him for the appointment of some members of the club.