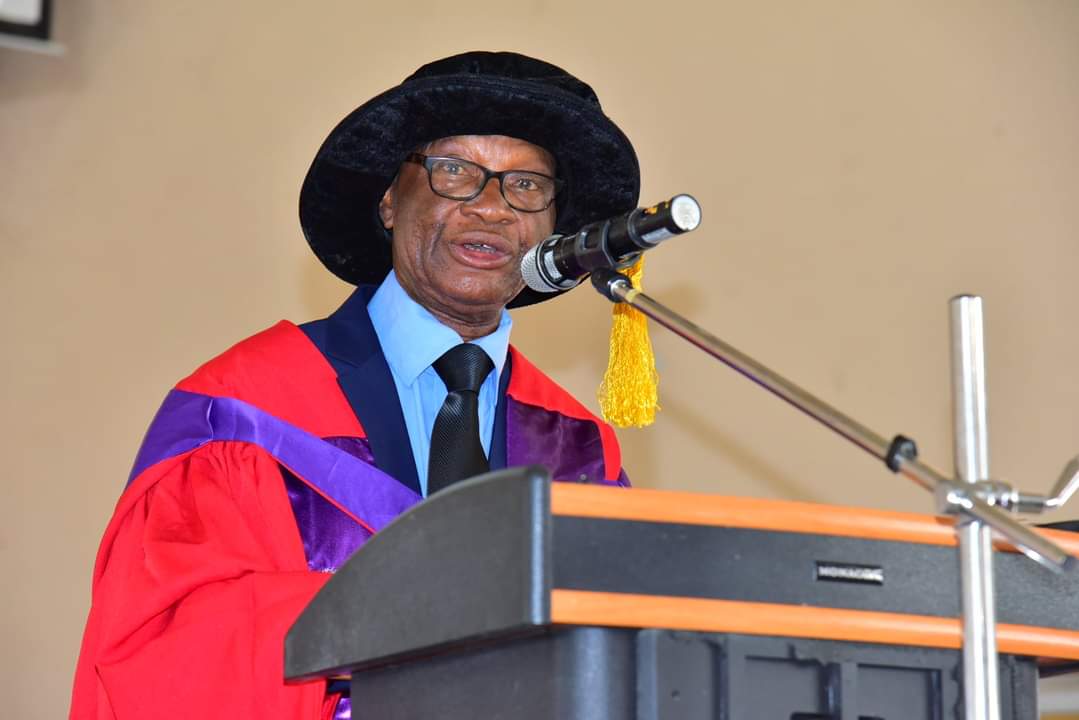 Climate change has been identified as a major reason for increase in the spread of diseases such as malaria, caused by mosquitoes, African trypanosomiasis or sleeping sickness transmitted by tsetse flies and other parasitic infections especially in Tropical Africa and globally.

A Professor of Parasitology and Public Health at the Federal University of Technology, Akure, Ebenezer Oluyemi Dada, stated this while delivering the 136th inaugural lecture of the University.

Dada, who spoke on the topic, “Tropical Countries a Haven of Human Parasite: Nigeria Case Study,” said “climate change has seriously contributed to increasing prevalence and incidence of parasitic disease and other diseases globally and in tropical Africa and has become a matter of public health concern for over a decade.

It is grievously affecting the socio- economic well- being of people, not only in tropical countries, but as well as in other parts of the world. If the current climate change tends to remain uncontrolled, humanity will face more injury, disease, death related to natural disasters, heat waves, flood, high rate of food- borne, water borne and vector borne illness.”

Dada, a member of many professional bodies within and outside Nigeria, identified parasitic infections as a major principal factor contributing to morbidity and mortality with casualty as high as 740 million people infected with intestinal infections in tropical areas of sub-Sahara and East Africa.

He also identified poor sanitary and environmental conditions as other causes. He said “in Nigeria and other countries in Tropical region of Africa, poor sanitary and environmental conditions such as indiscriminate and promiscuous defecation of stool and garbage dumping in the surroundings are very important factors in the transmission of parasitic infections. Added to these conditions, is the lack of potable water or inadequate supply of it, location of schools in slum areas, toilet facilities are inadequate in urban areas and in the rural areas toilets may not be available.”

He, however, recommended that government should bridge the gap that exist between the rural and urban areas with special emphasis on education, provision of adequate health care facilities since the bulk of agricultural produce comes from these rural areas.

He added that multifaceted approach should be used alongside other methods to control, eradicate, and eliminate disease outbreak.

Professor Dada admonished veterinary workers to always ensure that cattle to be slaughtered at abattoirs are healthy to eliminate diseases such as taeniasis dicroceoliasis fascioliasis.

He called for empowerment of health workers to monitor food vendors and conventional eateries.

He further recommended a search for antihelminthic plants of chemotherapeutic, especially when the cost of orthodox drugs is beyond the reach of poor people in the rural communities.

He added that the plants are readily available around us at no cost. He, however strongly called for the need to carry out purification, pharmacological and toxicological research on the plants for appropriate dosage.

Dada, who has served as Chairman and member of many departmental and university committees said “it is noteworthy to reflect that a sound scientific understanding of the parasites, their vectors and hosts, their mode of interaction biologically, spatially, permanently and temporarily, will always be the foundation upon which effective control, elimination or eradication programmes will be established.

Until the proper awareness and understanding of the foregoing is critically examined, imbibed and the appropriate tools are assembled, all efforts put in place will not suffice to effectively dominate these well established, predominant and wild spread parasitic diseases in tropical African countries.”

The Don also recommended a multidisciplinary approach saying “departments of Biology, Microbiology, Biochemistry and Biotechnology should put heads together to carry out researches in molecular parasitology and arthropod vectors of medical importance.

He described Professor Dada as a distinguished Scholar who has contributed vastly to his area of study and the development of body of knowledge.