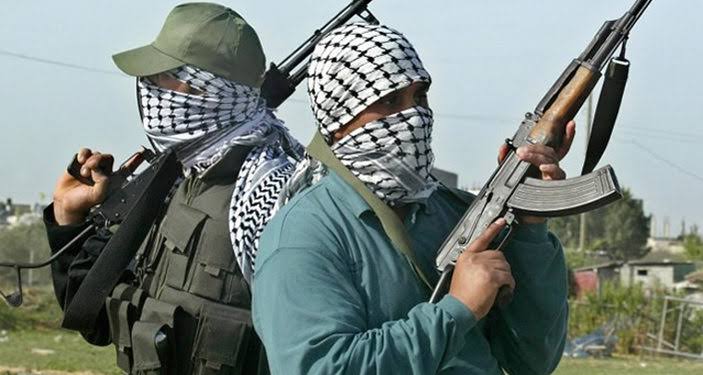 Unknown gunmen on Thursday morning hijacked a school bus in Oba ile Estate of Akure North Local Government Area of Ondo state, abducting one person who was on duty to convey children to school.

The incident which occured around 6:45am while the driver and the attendant were moving round to pick the Pupils of Chimola School, situated inside the Estate to their school.

A source in the school explained that the gunmen numbering about eight who were on motorcycles, rounded the vehicle, forcing the driver to stop.

He said the eight men who were armed with guns, cutlass and some other weapons, dragged the drivers down from the vehicle and threatened to kill him.

He said the bus with registration number Lagos LSD 853 FJ with Chimola Schools inscribed on it was driven away by one of the hijackers while others moved away from the scene on motorcycles.

He said “the driver and the attendant were about to pick the first student when the incident happened. The gunmen rounded the vehicle and came down with dangerous weapons

“The driver was dragged down from the bus while one of them take the driver’s seat and drove off with the attendant in the bus.

“The whereabouts of the attendant is still unknown but we have reported the incident at the Oba ile Police station.

“This is the first time we are experiencing this kind of situation here. It is quite unfortunate.”

When contacted, the State Police Public Relations Officer (PPRO) could not confirm the incident, saying he has not been briefed, but promised to confirm from the Divisional Police Officer in the area.