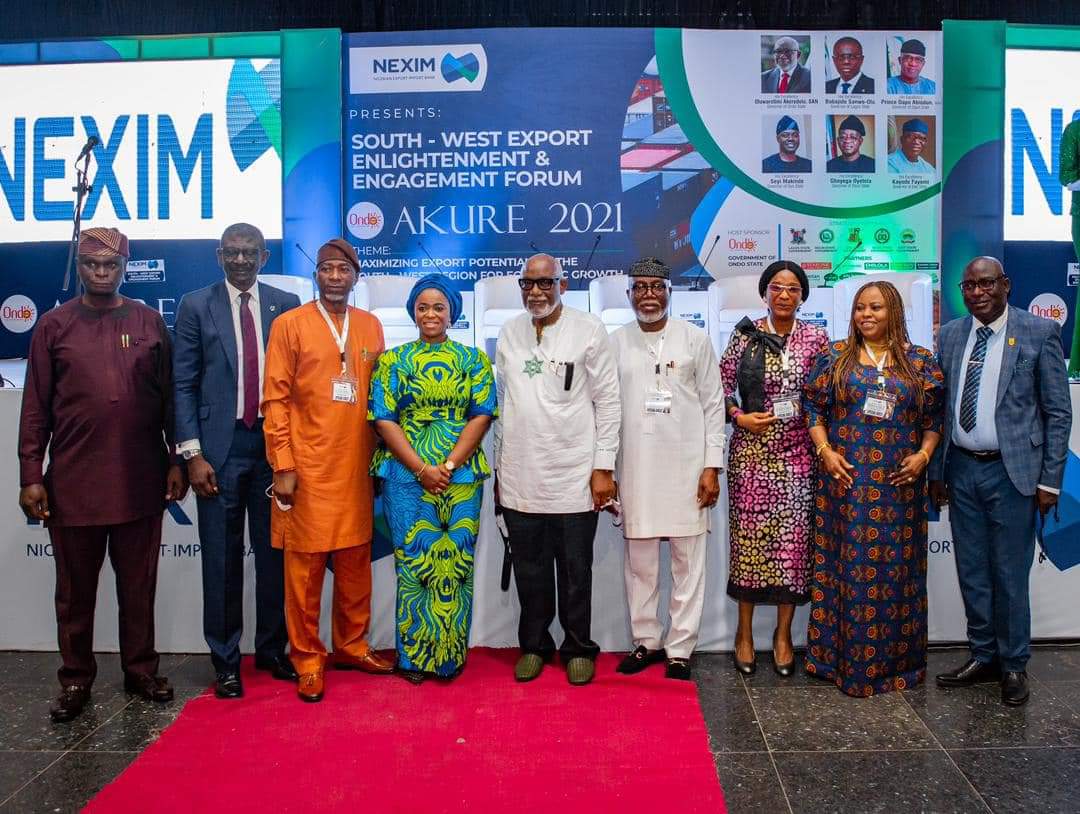 Ondo State Governor, Arakunrin Oluwarotimi Akeredolu, SAN, has called on the Federal Government to look into the establishment of the Deep Sea Port in the state.

Governor Akeredolu noted that the proposed Port Ondo will go a long way to decongest the Apapa Port in Lagos State.

The Governor, who said Ondo State is strategically positioned, explained that goods are moved through the Sunshine state to the Southeast, Southsouth, Northwest and Northcentral.

He spoke on Tuesday at the South-West Export Enlightenment and Engagement Forum held at the International Culture and Event Centre, Igbatoro Road, Akure, the state capital.

The theme of the event was “Maximizing Export Potentials In The South-West Region For Economic Growth”.

Governor Akeredolu stressed that investors have already shown interest in developing the Port, saying the state has the deepest draught in West Africa.

“Everything going to southeast or South-South and the North pass through Ondo state. All these activities will make us to advise the federal government on the importance of Port Ondo.

“Apapa will be decongested. We can boast of the deepest draught in west Africa. We are ready and we have done our work and people have shown interest. It is a pity we have to go through a lot of protocols including the port declaration,” the Governor said.

Governor Akeredolu, who also highlighted his administration’s efforts on agriculture development, disclosed that Governors in the Southwest are steadily working together on the sector through the Southwest Agric Company (SWAgCo).

According to the Governor, SWAgCo is a registered company under the Oodua conglomerate which was created for effective exploration of agricultural resources in the region.

Arakunrin Akeredolu said the Akure airport which was originally designed as a cargo airport should be given due attention so that it can serve its purpose.

“The airport in Akure is so busy now but it is not serving the purpose for which it was established. The Akure airport was established as a cargo airport. We have said it should have a refrigerated area where people can refrigerate their goods before exporting them,” he said.

While speaking on the efforts of his administration in improving Cocoa production, the Governor said: “In Ondo state, we have had some transformation since we got in. Ondo is the leading exporter of cocoa in Nigeria. It is an unfortunate development that we are not the leading producer in West Africa.

“When we came in, we knew there must be a transition. I see Agric as a business. When we came in, I met experts who spoke to us. They made a case for Agricpreneurs. That led us to Youth on the Ridges. We have trained about 5000 youth. That was our approach to it.

“Today, we try to unlock the Agric sector by creating a conducive environment. In creating it, we are a One-Stop-Shop. We have the Ondo State Development and Investment Promotion Agency (ONDIPA) here, when you need land they must look for it.

“Today, we are not seriously exporting cassava but we need to do that. Many countries are in dare need of cassava. We have the cassava to ethanol plant. We have gone into partnership with NNPC. Another cassava to ethanol company is coming up in Ose. Cassava for us becomes so important.

“And poultry. We have set up an industry that will be producing powder egg. The company is almost afoot to produce powder egg. And on Cocoa added value, we have tried to do that. Today, Ondo State can be proud of a chocolate factory.

“We have put a lot of intervention in place to double our cocoa export. We have a single estate approach in jugbere. We have 10,000 hectares in Jugbere. We should be able to improve to 150,000 metric tons per year from 80,000 that we currently produce.

“We have started a major revolution in Nigeria here in Ondo State called red gold. It has to do with palm. We must support the zero oil economy,” Governor Akeredolu stated.