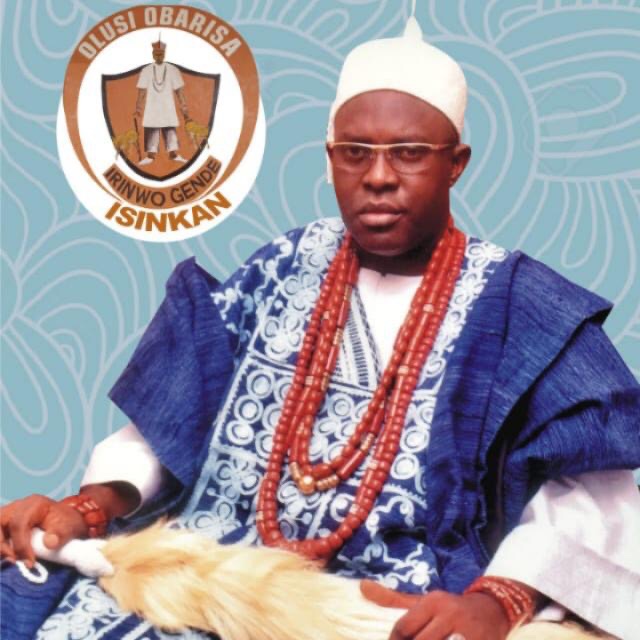 In an action that may mark an epoch in the history of Akure and its adjoining communities, and which may preserve their unity, the Akure Community Development Forum (ACDF), the apex Akure speaking people’s leadership forum under the leadership of Chief Reuben Fasoranti, today formally congratulated the Iralepo of Isinkan kingdom, Oba Ajimokunola Olofin-Adimula (Arulewolasi III), in Akure South Local Government Area of Ondo State.

The ACDF congratulatory message was in respect of the recent official recognition accorded the ancient Iralepo of Isinkan throne in the recently released Ajama Chieftaincy Commission white paper.

In the congratulatory letter signed by the Chairman of the Forum, Chief Femi Aluko, and the Secretary, Dr Lanre Alewi the body said “the entire body of Akure Community Development Forum under our Patron Chief (Dr) Reuben F. Fasoranti OFR heartily and warmly congratulate you on your recent recognition and elevation… by the white paper on Chieftaincy matters in Ondo State.”

“We wish you good luck, more wisdom and God’s guidance during your reign in your kingdom.” The forum said

The white paper released on Monday September 12, 2022 by the Oluwarotimi Akeredolu administration finally settled all disputed ancient Obaship stools in many parts of the state.

More remarkably from the White Paper, the Ondo State Government has now finally laid to rest issues surrounding the Obaship of Iralepo of Isinkan in Akure South Local Government Area of the state, as it has now formally cemented its earlier recognition of Isinkan’s age-long traditional status as an independent and autonomous community with her Oba, separate culture and customs.

The issues had lingered due to the historical sabotage and non presentation of the Iralepo of Isinkan’s position paper at the Morgan Commission in 1977. Many people who ordinarily should have been guided by history and tradition became confused about the status of the ancient community.

The Ondo State Governor Oluwarotimi Akeredolu SAN represented by his Deputy, Hon. Lucky Aiyedatiwa, had presented the instrument of appointment and staff of office to the Iralepo at Ita-Owa, in the Oba’s palace in Isinkan on 14th of July, 2022, following the realization that an earlier official decision of the Executive Council of Ondo State formally recognizing the Iralepo of Isinkan Chieftaincy as an independent Oba remained subsisting.