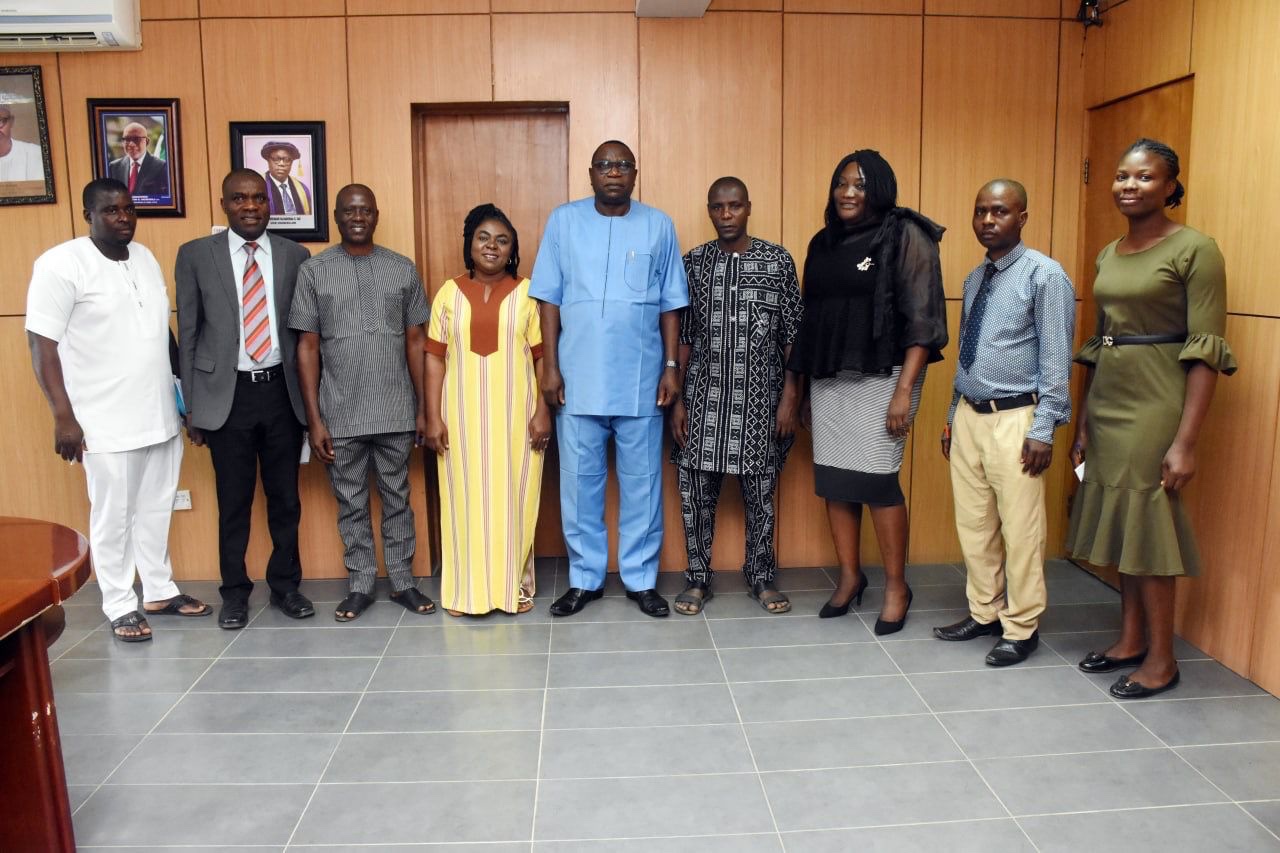 The Vice Chancellor of Adekunle Ajasin University, Akungba Akoko, Prof. Olugbenga Ige, has praised the interventions of the Tertiary Education Trust Fund (TETFund) in boosting pedagogy among the academia as well as enhancing Infrastructural development in tertiary institutions in the country.

He noted that infrastructural decay would have taken a toll on most institutions of higher learning in the country if not for the interventions of the agency, adding that members of the academia would have struggled in terms of book and research publications if TETFund had not chosen to shoulder the financial responsibilities of such exercises.

The Vice Chancellor stated these on Tuesday, November 8, 2022, while receiving a team from TETFund that was in the University on an Academic-Manuscripts-to-Book visit aimed at ascertaining the genuineness of the manuscripts and authorship of three books written by Prof. Sola Owonibi of the Department of English Studies of the University.

Publication of the books was sponsored by TETFund, while copies were meant to be given out free-of-charge to libraries, schools and other repositories in the country.

Speaking for the TETFund, Mrs. Olufunke Okonofua (the team leader), said their assignment in the University was to ascertain the genuineness of the claim of the author in order to justify the funding of the project by the intervention agency. She urged other members of the academia to take advantage of opportunities available to them via TETFund interventions and sponsorships.