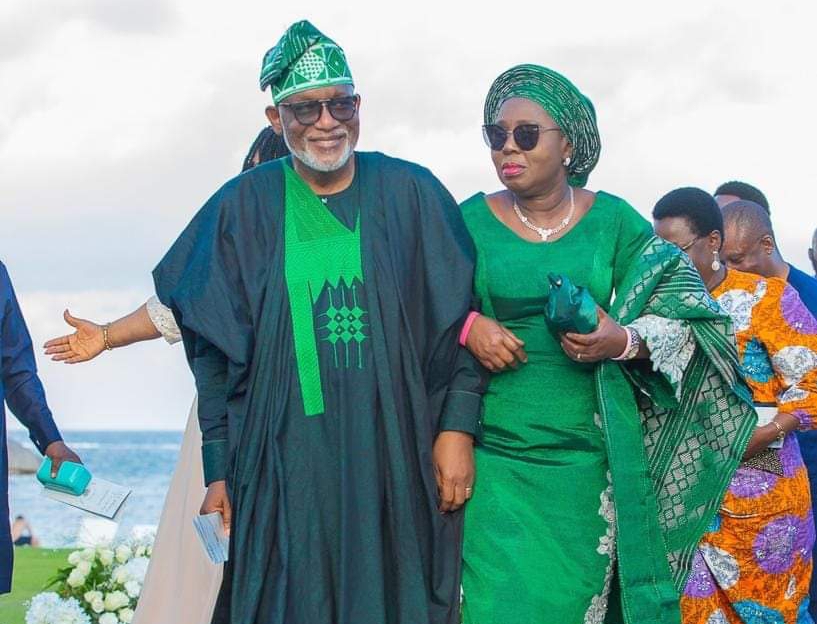 It is forty solid good years today that the number one citizen of Ondo State, Governor Oluwarotimi Akeredolu, SAN, tied the knot with his heartrob, Betty-Anyanwu.

Narrating her experiences so far, the wife of the Governor, Arabinrin Betty-Anyanwu Akeredolu affirmed that marriage is not a bed of roses but they were able to come this far by making use of Communication tool and by understanding each other.

Betty-Anyanwu, a bonafide indigene of Emeabiam in Owerri Imo state, noted that despite the fact that herself and the Governor are from different tribes, she enjoyed total support from her spouse, saying “I couldn’t have asked for a better husband. Infact, my crossing the Niger was worth it”.

She explained that for different people from different background to survive the storms of marriage, there’s a need for them to identify each other’s likes and dislikes, while advising young couples to give space to each other to grow in the union, saying: “Marriage MUST not be a master and slave relationship”.

She described as disheartening, a situation where an educated woman is being subjugated in marriage due to her husband’s lack of support in her career advancement, while appreciating her late father and the Governor for giving her voice and the liberty to explore her potential in life.

Her words: “There is nothing more depressing than for an educated woman to feel suffocated in marriage due to husband’s lack of support in her career advancement or in some extreme cases, outright stoppage of a wife pursuing a career for fear of a woman having a voice in her home or being in control of her wealth.

“This state of mind leads to frustration and unhappy home. Its ramification is better imagined.

“My case is different. My husband and I believed in building our home together and from the scratch. With love and understanding, we feel fulfilled, today, 40 years. While my father gave me the wings to fly, my husband oiled the wings for me to soar. I have a supportive husband in all my endeavours”.

The First Lady of Ondo State who asserted that one cap fits all does not apply in marriage, further, enjoined young couples to see marriage as partnership where both sides should contribute to make it succeed.

” There will be quarrels and fights but once you understand yourselves, each other’s likes and dislikes and give room for compromise, your marriage will last”.

According to the mother of four and grandma, it is a beautiful thing to fall in love before marriage. She noted that her union with Arakunrin Oluwarotimi Akeredolu, SAN, was love at first sight which could have been a physical attraction but it endured the test of time.

“Ours is, indeed, a true love. As love leads into marriage, you do not rest on your oars. You have to work on it to keep the flame aglow. It requires understanding each other and the handy tool is communication. Once you can communicate with each other, it becomes easy to iron out your differences. Make no mistake, marriage is not a bed of roses. Roses after all have thorns”, she noted.