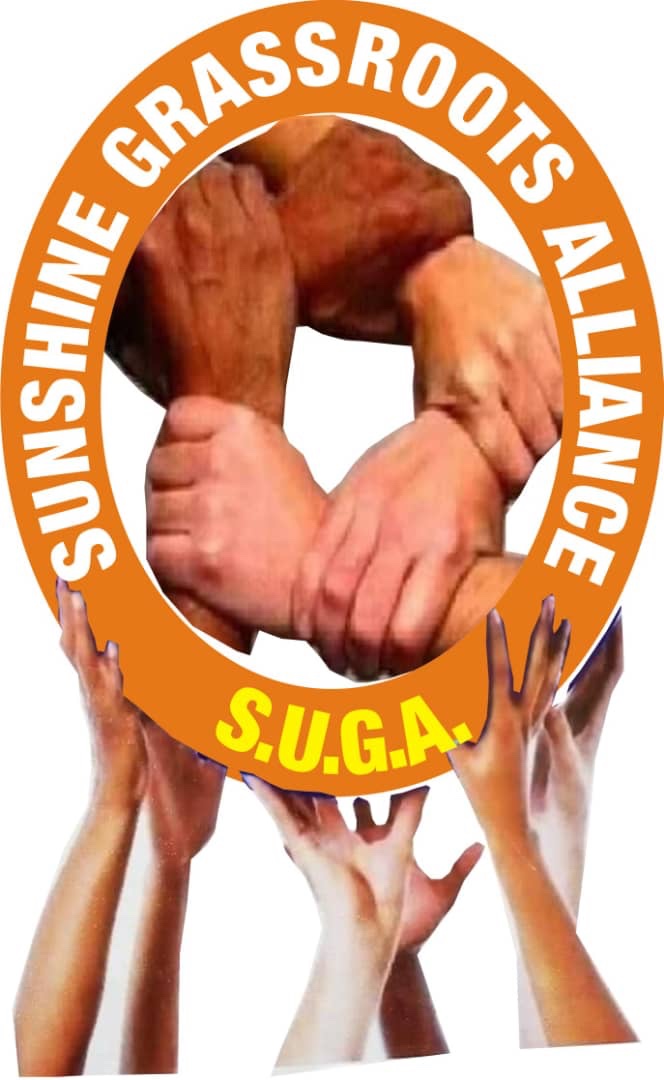 The city of Akure, the capital of Ondo State was agog during a carnival- like meeting of eminent citizens of Ondo State from across the eighteen (18) local government areas who converged on the city to usher in a new socio – political group, SUNSHINE GRASSROOTS ALLIANCE (S.U.G.A).

The meeting had in attendance massive representation from across the state took place on  Thursday, 13th October, 2022.

It took the combined efforts of security agents and officials of the Federal Road Safety Corp who were on ground to control the massive crowd and traffic of motorists who trooped out to catch the glimpse of activities at the venue.

In the welcome address delived by one of the conveners of the meeting, he harped on:

● The use – and – dump syndrome of the Political Class.

● Need to unite and use the population at the grassroots to strengthen and network across the state.

The keynote address was delivered by one of the conveners who also presided over the meeting. He observed with deep concern the sorry state of the Nigerian nation and how people at the grassroots level are affected.

According to him, there is what he called *fiscal distress* in the nation’s economy as evident in *decline in revenue, increase in borrowing, unemployment, worsening poverty, decline in ability to pay salaries, pensions and gratuities*. All these, he maintained, portend great danger for the people, because, *what hurts the economy, hurts the people*.

■ The place of grassroots people in community development cannot be overemphasized in social background and deep connectedness as Torch bearers in our communities.

■ Need to have an indepth understanding of Nigeria politics, see the Social and Political contradictions there as they affect us as Grassroots and community leaders.

■ Need to raise our Consciousness and engage ourselves in order to question our Social Conditions.

■ The social injustice and system oppression in our relationship with the political class.

*What We Are Doing*

● End the Culture of Silence as nothing strenghtens authority so much as Silence .

● End the negative image of socially dispossessed class created by the political class.

● Create awareness that we are oppressed and dispossessed.

● Develop a Social Charter as a Group.

*We Won’t Be Silent Anymore*

■ Oppressive government rely on the silent acquiescence of good people who in the face of tyranny keep mute or indifferent.

■ We must cease to cooperate with the system that sustains its powers and authority through the acquiescence of labour.

■ There is Social Injustice against us, let us rise up to the task.

*WE WON’T BE SILENT ANYMORE*