Use of Synthetic Fertilizers Responsible for most terminal Illnesses – Prof. Awodun 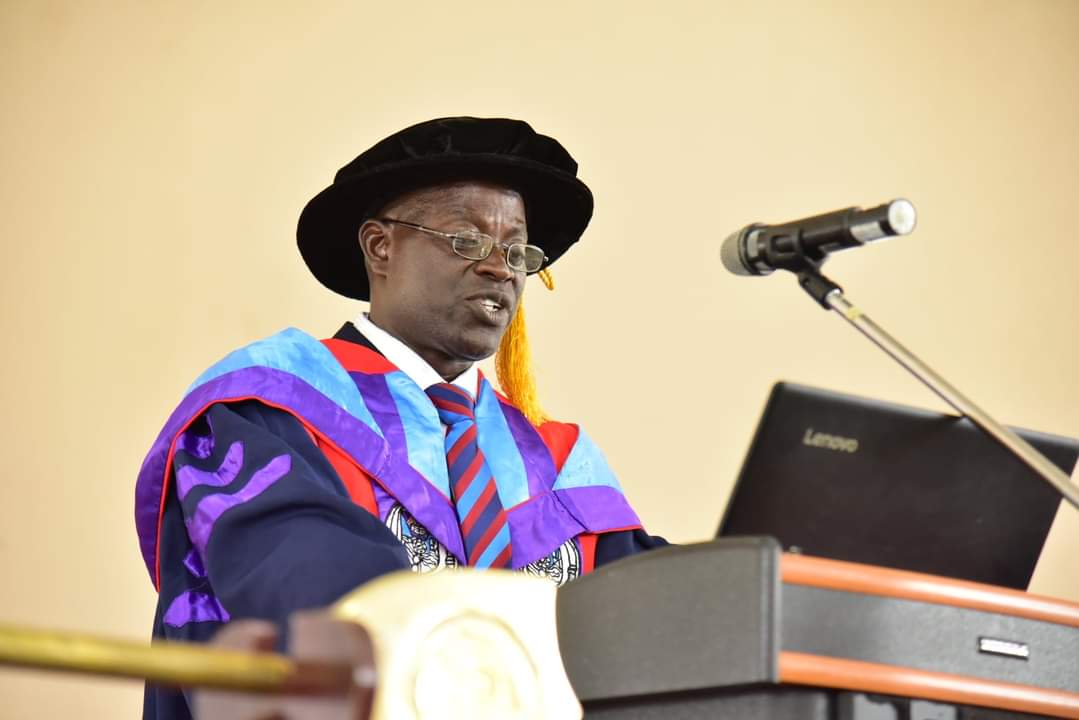 It has been observed that most terminal illnesses ravaging the society could be as a result of the consumption of food crops and fruits produced with the aid of synthetic fertilizers.

Professor Moses Awodun made this observation while delivering the 129th inaugural lecture of the Federal University of Technology, Akure (FUTA) titled The Nexus of Population, Food Security, Climate Change and Plant Nutrition: Organic Wastes as Alternative Fertilizer in Nigeria.

Awodun, a Professor of Soil Fertility and Plant Nutrition ,said the risk of dying from cancer (brain cancer, prostate cancer, leukemia, intestinal cancer and lymphoma (non-Hodgkin’s lymphoma, NHL) is said to be six times more when synthetic fertilizers are used on crops that are consumed by people.

He also said synthetic fertilizers has also been associated with causing a condition which leads to difficulty in delivering sufficient oxygen to all body tissues, and is also linked to birth and development disorders such as the Blue Baby Syndrome.

Professor Awodun indicated that crops grown with high impact of fertilizers are less resistant, less nutritiously balanced and rot more rapidly than those which are naturally grown.

According to the Don the application of excess fertilizers is destroying the presence and balance of the Microbiome responsible for the production of nutrients in the soil thus making the farmer more and more dependent on this inorganic fertilizer.

Buttressing his points Professor Awodun referred to a report which stated that an individual today would need to consume twice as much meat, three times as much fruit, four to five times as many vegetables to obtain the same amount of minerals and trace elements available in the same food in 1940 because of the use of synthetic fertilizers.

Awodun said that with the rich endowment of abundant natural, mineral and human resources which characterize developing world and especially Nigeria, it is expected that they should be able to produce enough food to feed their people , generate foreign exchange earnings from the export and sales of surplus.

He said Nigeria soil should be the next Black oil in a world of climate change, adding that if as a country, it can curtail the vagaries in farm activities; it will go a long way in restoring life to the soil.

Awodun, a one-time Acting Director, Centre for Renewable Energy Technology (CRET) advised that to meet a state of equilibrium in food production in the face of an increasing population, food security and climate change, the government should invest in healthy living soils by channeling agricultural subsidies towards sustainable farming methods, stating that if this is done right ,agriculture can conserve the diversity of species found in soil, halt land degradation and desertification which in turn would help countries ensure future food securities and mitigate climate change.

He said farmers should be encouraged to obtain all their fertilizers from organic sources such as compost manures, green manures and legumes.

He advised that for health, commercial and environmental reasons it is clear that fertilizers should be used with caution. He said crop production for future food security will require sustainable fertilizer management, which might include more sophisticated decisions support tools, improved agronomic practices and cropping systems that require less fertilizer input.

In his remark the Chairman at the event and Vice Chancellor, Prof Joseph Fuwape, represented by the Deputy Vice Chancellor, Development, Professor Philip Oguntunde described the lecture as a contemporary one to present happenings within the society.

He also commended the lecturer for his immense contributions to the body of knowledge in his field of study.

One thought on “Use of Synthetic Fertilizers Responsible for most terminal Illnesses – Prof. Awodun”