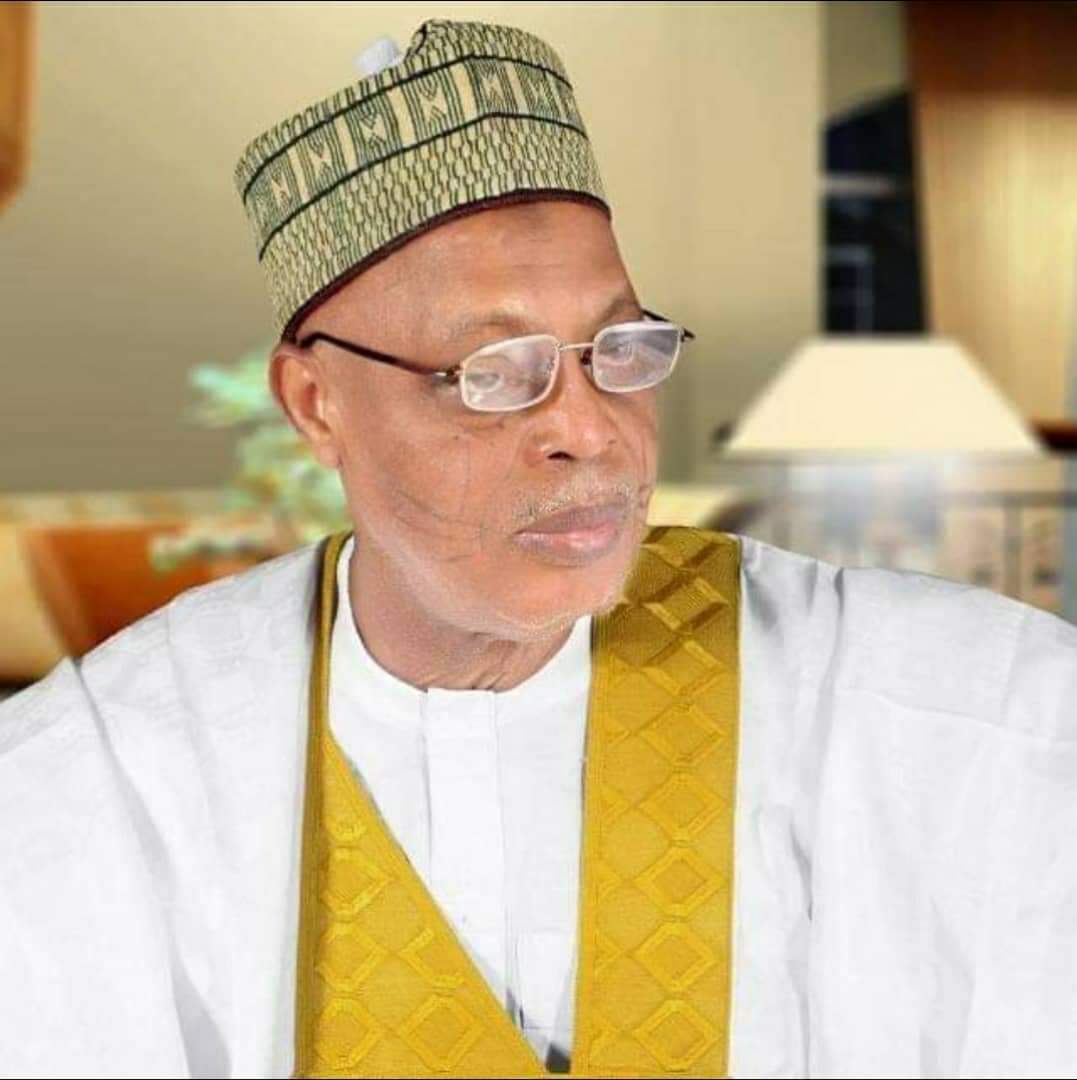 ……Calls for his Immortalization

A very distinguished Media Practitioner and Communication Strategist, Dr Felix Ale has paid tribute to the late Military administrator of Old Ondo and Oyo States, Colonel Ahmed Usman, describing him as a great leader and unique personality with goodness in humanity.

Dr Ale in a statement joined other Nigerians to eulogize a man, whose legacies according to him will continue to have great impacts in human society.

He noted that he (Ale), and indeed, the people of Ondo State will not forget the undisputable achievements of Colonel Usman administration in Ondo State.

Dr Ale described the death of Colonel Ahmed Usman as a great loss not only to his immediate family but to the country at large,saying,It was so painful and devastating.

He recalled most activities Colonel Usman in Ondo State having worked closely with him at that time, pointing out that by his commitment and inspiring performance, Colonel Usman remained one of the greatest leaders in the developmental history of Ondo State.

He described the deseased as a leader who administered the state with total commitment and passion and was very optimistic of the great future of the Sunshine State as encapsulated in his submission and daily slogan during his tenure that”Ondo State is not poor, never meant to be poor and will not be poor”.

Ale positioned that, aside from various developmental strides and achievements, what the state is enjoying today, as oil derivation was part of efforts of Colonel Ahmed Usman during his glorious sojourn as military Administrator of Ondo State.

Dr Ale recalled their numerous trips to the riverine area of the state, particularly one of their visits to Sekelewu, in Ilaje local government area of Ondo State where according to him they were almost attacked on the sea by militants from Delta State.
He said that particular journey signalled the beginning of major step in the inclusion of some major oil Wells to Ondo State as an oil producing state.

The oil wells he said, were previously being credited to Delta State were later given to Ondo and that invariably increased the revenue accruable to the state.

The media Scholar explained that shortly after the visit, Colonel Usman set up a committee headed by the late Professor Adejuyigbe – who was very vast in boundary matters in the country.

According to him, Professor Adejuyigbe delved into the archives,came up with analysis, evidences and submissions to defend the well established position that those oil wells belong to Ondo State and presented his reports and findings before the National Boundary Commission headed by Dahiru Bobo.

He said, the submissions were approved and the additional oil wells assisted greatly in improving the revenue generation to the state while it also positioned the state properly as one of the major Oil producing states in the country.

Dr Ale also went ahead in the tribute to vividly explain that Colonel Usman played a very prominent role in the agitation and struggle for the successful creation of Ekiti State.

“He led various delegations to Abuja and effectively used his close contact and unhindered access to the then Head of state,Late General Sanni Abacha to actualise the dream for the creation of Ekiti state. But for Colonel Usman, it would have been difficult for Ekiti State to be created because as at that time,Lt General Oladipo Diya was the second in command and he wanted Ijebu State created. But Colonel Usman leveraged on his strong link with General Sanni Abacha to ensure that Ekiti State was created instead of Ijebu State.

I remember the last meeting held in Abuja when a message was sent to him to submit a position paper on the viability of Ekiti state. Within a tinkle of an eye, the then fearless and action military Administrator of the old Ondo state came up with a position paper with the support of Prince Fioye Bajowa who was then Head of service and Secretary to the state government and it was this particular position paper that was specifically used by the late head of state as part of final documents to establish a final position on the viability of Ekiti State over that of Ijebu State. The final result was the successful creation of Ekiti state which till tomorrow remained a misery to the agitators for the then much expected and publicised Ijebu state”.

Dr Ale recalled that Colonel Ahmed Usman was able to bring a lot of great minds that are of old Ondo State origin to to contribute meaningfully to the development of the state during his tenure.

“One of them today is still in government and incidentally she is the current Secretary to the government of Ondo State, Princess Oladunni Odu. He appointed her as the commissioner for Education and I want to say today that Princess Odu by her exemplary performance remains the most effective and outstanding Commissioner for Education in the history of Ondo State. The fact that this woman of rare attributes is still very relevant and in government today attests to this fact.

Ale went further to say that “I knew the recognition Colonel Usman accorded the royal fathers during his tenure. As an Igala man, he believed that the role of the traditional rulers is sinequanon to societal development. Hence they must be accorded due respects in line with tradition and culture. Colonel Usman never joked with the royal fathers. He gave the highest honour to them, he gave the highest respect to them and when he visited any community for whatever reason, private or official, the first port of call was usually the palace. The royal fathers in the then old Ondo state had the best of time with him. The current Ajero of Ijero in Ekiti state was the Chairman council of Obas in the old Ondo State during the tenure of Colonel Usman. All the traditional rulers were extremely very close to him.
Colonel Usman remains one of the greatest leaders that ever administered Ondo State.

“I will not forget so soon what he did to revive ODUA group of companies. But for the singular effort and intervention of Colonel Usman, ODUA GROUP OF COMPANIES, one of the greatest legacies of Yorubaland would have been dead by now. I thank Governor Seyi Makinde of Oyo State for acknowledging this in his condolence message on the demise of this great Nigerian. I remember very well, when Usman emerged the Chairman of the Odua group, he discovered that the company was in comatose and at the edge of total collapse. With military precision, Colonel Usman swung into action against the expectations of some of his colleagues (Military Administrators) and single handedly appointed the late Otunba Jobi Fele,a very successful and renowned business magnate as the Chairman, Board of Directors of ODUA Group of companies and used him to turn around the hitherto moribond organization.”

Dr Ale explained that
Within few months, Otunba Jobi Fele changed the story of ODUA Group of companies from worst to the best.

According to him,everything changed took a new dimension in positive direction as lots of debts were paid and the company bounced back to life while Several subsidiary companies under the ODUA Group that were already closed down or at the brink of collapse were revived.

He said till today Odua group of companies has continued to grow from strength to strength.

Dr Ale said,prior to this decisive decision, In one of the Board meetings at the Premier Hotel,Ibadan Colonel Usman had serious arguments with several board members and disagreed openly with the then Military Administrator of Ogun State, Group Captain Sam Ewang on his choice of Otunba Jobi Fele for the exalted position.

According to him, Colonel Usman remained undaunted in defence of his choice of Otunba Jobi Fele, describing him as the best man that can use his wealth of experience to rescue the organization from iminent collapse and its pathetic state.
“Within two months of the late Otunba Jobi Fele leadership of ODUA Group, it was commendation galore for Colonel Usman even from his critics as things began to happen and ODUA Group was refocused and repositioned to the path of glory. His colleagues and other members of the board all came to term with the reality that Colonel Usman indeed made the right and the best choice by his unilateral decision”.

“The people of Ondo and Ekiti Sates no doubt owe Colonel Usman a lot of gratitude in view of his lofty and historic contributions during his tenure. It is my hope that the under the leadership of Arakunrin Rotimi Akeredolu will find a way of immortalising this great man of history.

Colonel Usman’s image is indeed etched in the minds of the people of Ondo State.”

He was indeed a man with great sense of humour, very passionate and generous.
With his death, the great people of Igalla has lost one of their great minds, the people of Kogi state has lost an illustrious son and Nigeria has also lost an icon and nationalist.

I commiserate with his family and May his soul rest in sweet repose.