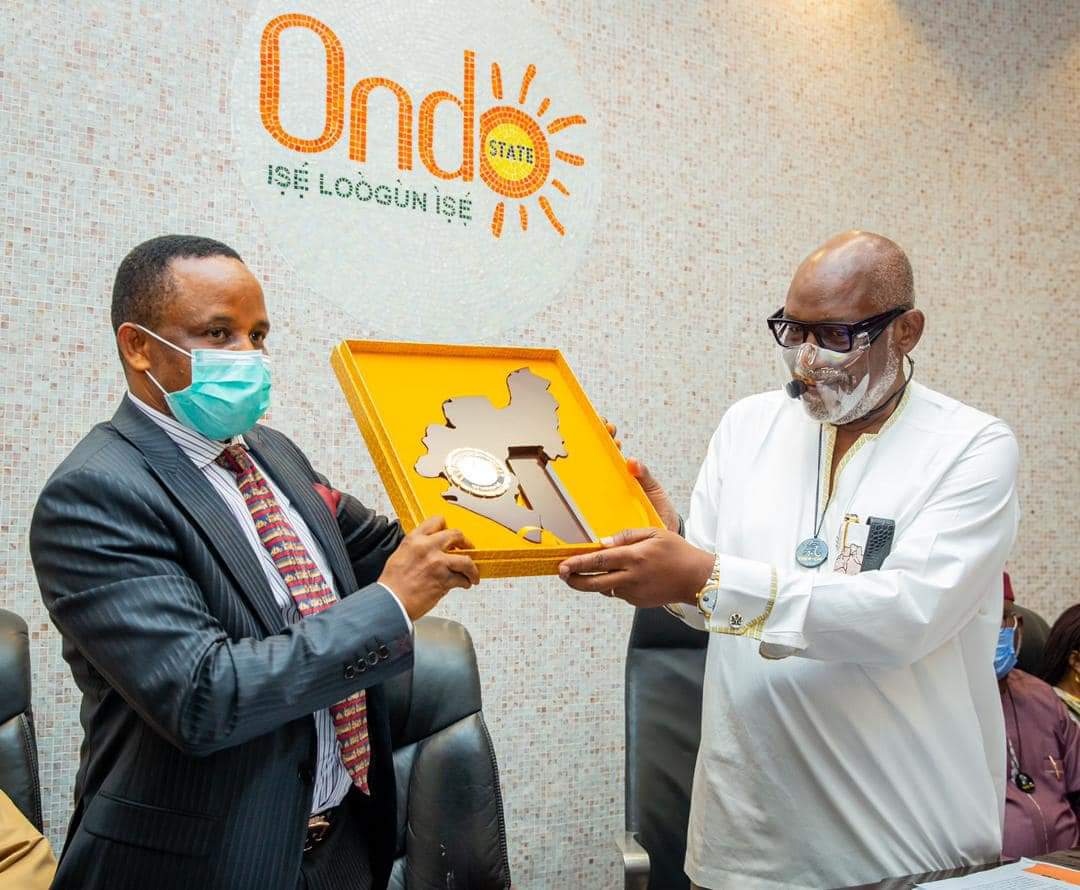 Ondo State Governor, Arakunrin Oluwarotimi Akeredolu, SAN, has called on the Niger Delta Development Commission (NDDC) to partner with the state to invest in its numerous resources.

The Governor, who disclosed that the state has diverse potentials, said the NDDC can make money from the Sunshine state by getting involved in the exploration of its bitumen.

Arakunrin Akeredolu spoke on Thursday while receiving the management of the commission led by the interim administrator, Mr Akwa Effiong, at the Cocoa Conference Hall of the Governor’s Office, Alagbaka, Akure.

The Governor also commissioned three waste trucks donated to the state by the commission.

Governor Akeredolu urged the NDDC to partner with the state to drive sustainable development which will change the lives of the people positively.

He said: “Ondo State, no doubt, has many potentialities. Not only oil, our potentials are diverse. We want to put them before you. NDDC can make money in Ondo instead of spending money all the time.

“You can buy into our bitumen. It might be that our investment in bitumen will be what we rely on later. We have cassava. We have so many mineral resources. We have the best dimensional stone.

“We have beautiful seaside. We can invest in tourism together. Those are areas of interest for me. We have discussed and suggested so many other areas.

“I can assure you that here in this state, a lot can be done. Let’s drive sustainable development. It can be in form of investment partnership. It will change positively the lives of our people.”

The Governor expressed hope in the era of Mr Effiong as the interim administrator of NDDC and urged him to see to the setting up of project implementation and monitoring unit for the state NDDC projects.

“This is a new era for the NDDC and you have assured me that we will have rapid industrialization in the state. It is a new era for quantifiable economic growth, your new era of job creation and skill development in the Niger-Delta.”

Earlier, Mr Effiong commended the various giants strides of the Akeredolu administration, particularly in the area of road construction and other massive infrastructure.

He assured the governor of the continued cooperation and support of the NDDC in the state and promised to look into the issue of abandoned projects.