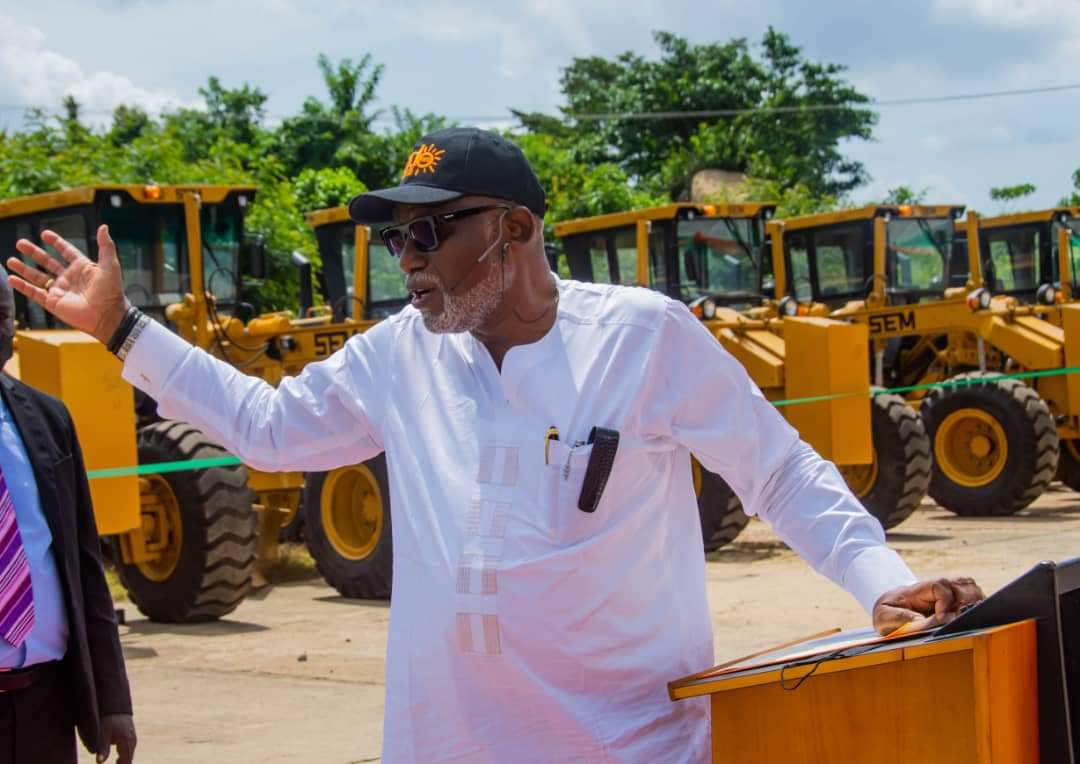 Ondo State Governor, Oluwarotimi Akeredolu, SAN, has said the state can be among the food baskets in the country if its potentials are fully harnessed.

Governor Akeredolu spoke on Thursday during the commissioning of 18 units of SEM-919 Motor Grader for the use of the 18 Local Government Councils in the State.

The Governor said one of his administration’s policy thrusts encapsulated in the REDEEMED Agenda is Rural and Agricultural Development.

He added that meaningful development can only be achieved in the rural areas when adequate infrastructure is put in place.

“Infrastructure is, therefore, the bedrock of development of any society. Essentially, rural infrastructure encompasses among others, rural roads, water supply and electricity.

“Ondo State, no doubt, is an agrarian society. Our belief, therefore, is that if our potential is adequately harnessed, the State can be among the food baskets in the country.

“This informed our decision to make rural and agricultural development as well as provision of massive infrastructure part of our key programmes. Since the inception of our administration in 2017, tremendous efforts have been made in areas of provision of rural water and electricity across the State.

“The State equally bought into the Rural Access and Agricultural Marketing Project (RAAMP) which focuses on rehabilitation of rural roads and associated capacity building of institutions with the mandate to provide and maintain rural transport infrastructure. The State has completed all its paper work and the programme will soon fully take off,” the Governor said.

Governor Akeredolu disclosed that each local government council will have one grader, noting that rentage of graders by the council chairmen to grade rural roads has now become a thing of the past.

He called for proper use and deployment of the equipment, particularly in grading rural roads to ensure easy movement of farm produce to the urban areas and reduce the cost of foodstuffs.

In their separate goodwill messages, the Chief Imam of Akure Kingdom, Sheik Yayi Akorede and the Chairman, Ondo State Council of Obas, Oba Frederick Akinruntan represented by Jegun of Ile-Oluji, Oba Oluwole Adetimehin, lauded the Governor for providing good leadership in the state, even as they encouraged him to continue his good work in the interest of the state.