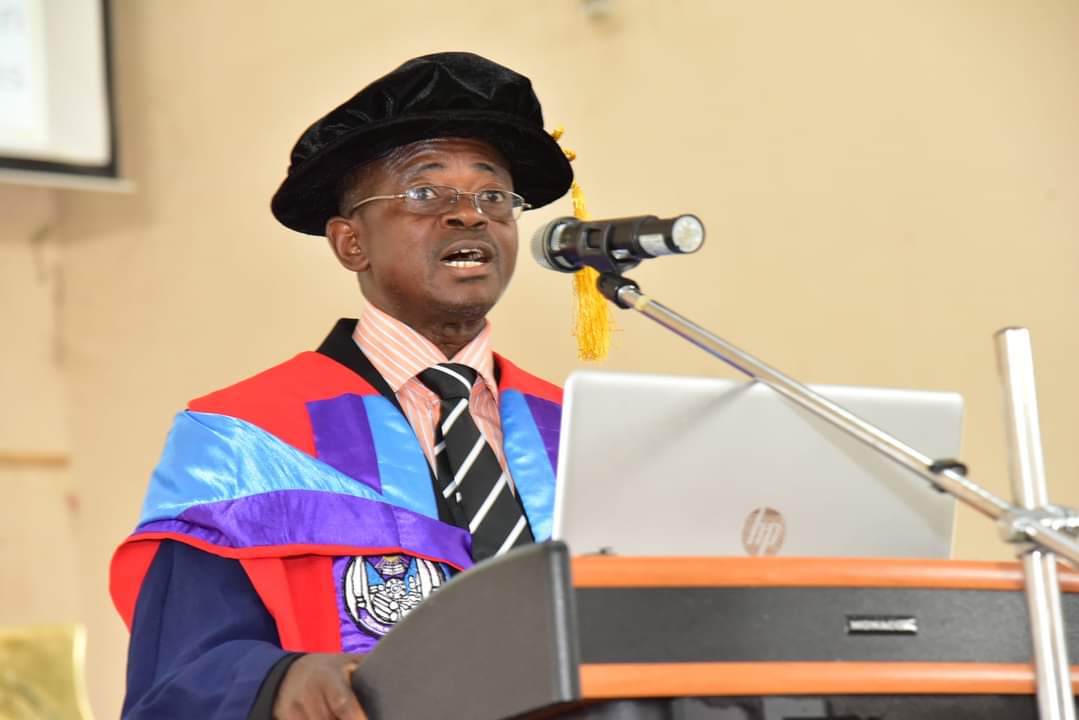 A Professor of Building Services and Thermofluid Engineering has advised Nigeria to step up the harnessing and usage of solar and other renewable energy sources to save its environment from devastating impact of global warming.

He said further depletion of the ozone layer which has led to the rise in the average global temperature every year if not mitigated will also bring about increase in diseases such as skin cancer, cataracts, immune system suppression leading to some other strange infections, ecosystem destabilization and low crop yield as a result of retarded crop development.

He said to fully harness the advantages inherent in renewable energy, research efforts should be concentrated on the renewable energy systems while more funding should be made available for tertiary, technical and vocational education to carry out more problem-solving researches.

Professor Akintunde however warned that the environmental impact of all scientific invention must be established before introducing them into the market.

Also, environmental assessment of all devices degrading the atmosphere must be assessed every year to know the level of impact on the environment.

The don stated that as long as population grows, human activities, energy requirements and search for comfort will continue to increase.

He said if human beings are on the surface of the earth and continue to seek for more comfort, climate change and atmospheric degradation cannot be stopped.

Akintunde warned that if the rate at which the global average temperature is increasing is not checked, the flooding rate would be drastically increased and within the next five to ten decades the whole world including Nigeria would face more deadly floods with more disastrous consequences.

He added that the human activities which contribute to the greenhouse effects include fossil fuels, clearing of forests for agriculture, deforestation, soil tillage all of which alter the atmospheric condition.

He said that the most dangerous enemy of the atmosphere is the comfort being enjoyed by human beings which are made available by scientific discoveries and engineering inventions such as refrigeration and air conditioning.

These important inventions serve to provide, conducive environment for both animate and inanimate objects and controlled environment to carry out operations and animals and for experimentation and transportation of some perishable materials over long distances.

He said while refrigeration and air conditioning are important to existence, there has never been an ideal refrigerant and there will never be as no refrigerant has zero atmospheric effects as even the natural refrigerants also cause flooding.

These refrigerants according to him are climatically offensive as they emit high chlorine content with long atmospheric life and this affects the ozone layer leading to global warming and climate change.

The don reiterated that the decrease in the total column content of ozone has led to an increase in the amount of UV-B radiation reaching the earth’s surface with adverse effects on human health and ecosystems.

This ozone depletion has contributed in no small measure to the changes in the earth’s climate. He said due to the identified problems of CFCs refrigerants, they are no longer items of choice for new equipment, hence the search for alternatives.

To this end the inaugural lecturer, who is also the Dean of the School of Engineering and Engineering Technology SEET, advised universities to encourage and stimulate innovative and inventive minds by creating an enabling environment for them.

He said that there should be more concerted efforts and commitment from all stakeholders and the general public to stop the rate of deforestation and indiscriminate bush burning and the flaring of the offensive refrigerants.

In his capacity as Chairman of the occasion, the Vice Chancellor, Professor Joseph Fuwape, congratulated the lecturer for the cerebral delivery of the lecture.

He described him as an astute researcher who has contributed to academic development in his area of specialization.