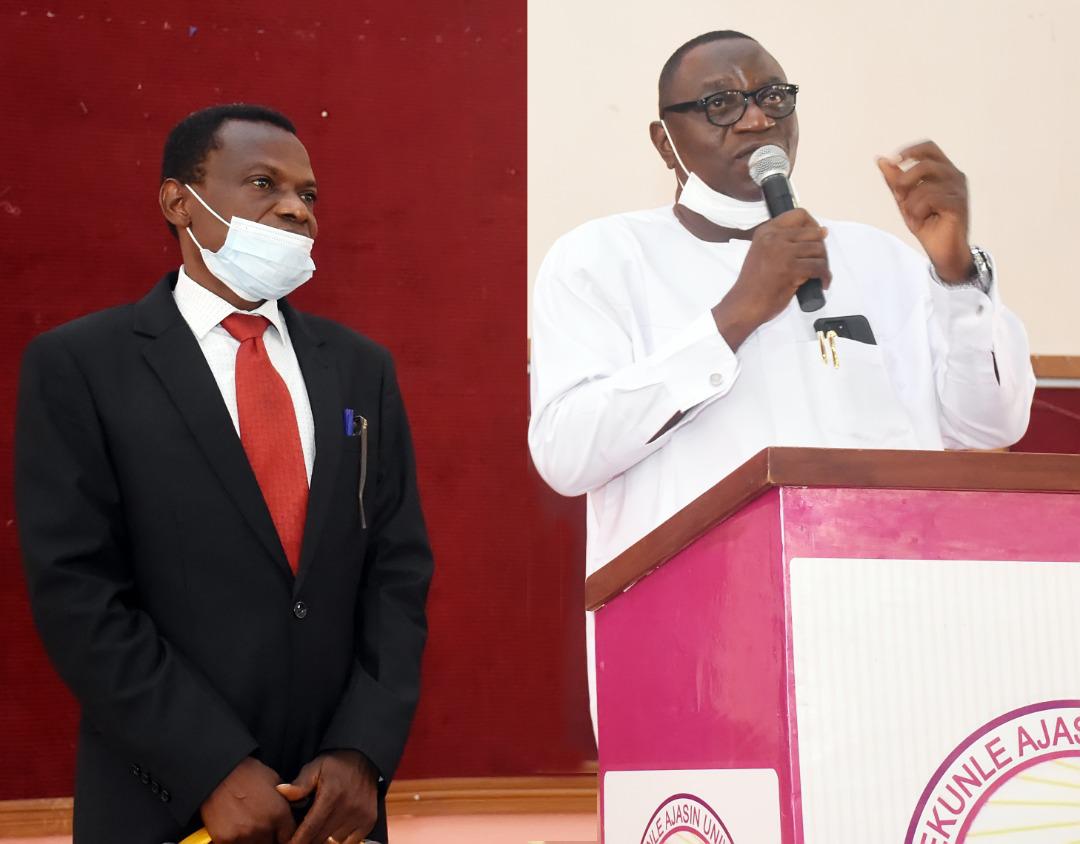 The Acting Vice Chancellor of Adekunle Ajasin University, Akungba Akoko, Professor Olugbenga Ige, has presented the newly-appointed Registrar of the Institution, Mr. Gbenga Arajulu, to members of the University Community.

Prof. Ige presented Mr. Arajulu during the monthly prayer meeting of the University held on Thursday, April 1, 2021, in the University Multipurpose Hall.

It will be recalled that the Governing Council of the University had last week at its 75th Regular Meeting approved the appointment of Arajulu as the fifth substantive Registrar of the Institution effective from April 1, 2021.

While congratulating Mr. Arajulu on his appointment, the Acting VC described him as a committed and dutiful administrator, who rose through the ranks to the pinnacle of his chosen career.

Prof. Ige used the medium to urge staff members to be patient and show understanding with Management over the irregular payment of salaries in the recent times. He expressed the hope that things would normalize soonest.

He said his administration has demonstrated its commitment to staff welfare as demonstrated by the recent promotion exercises and approval of earned allowance for non-teaching staff and called for collective efforts in moving the University forward.

Responding, the Registrar pledged to reposition a number of things to ensure a smooth, efficient, and effective running of the system.

He also admonished administrative and technical officers to work hard, shun all acts of indiscipline, and put in their best to ensure the success of his tenure.

Arajulu said, “My aim is to improve on the existing structures by building a world class registry system that will be a model for others. I will do my best and work in concert with everyone, especially the Vice Chancellor, to ensure that the goals of the University are fully achieved.

I promise not to disappoint myself, Council, Management, Senate, and the entire University Community.”

The Sun Award: “My Initiatives Geared Towards Leaving the World Better than I met it” – Ondo First Lady