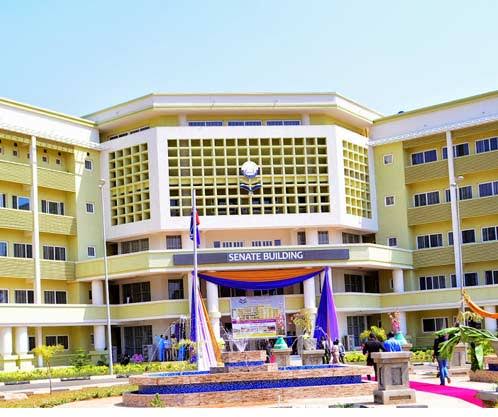 These have been made possible majorly because merit has always been the yardstick in appointing who heads the reputable university rather than sentiments and frivolities.

For instance, Prof. Funso Akere was the AAUA Vice Chancellor that moved the University to the second position in Nigeria in 2005. Prof. Akere was an Ilaje man from the Southern Senatorial District who emerged the best at the interview. He was an External professor from the UNILAG. He contested because the advertisement allowed any interested professor to contest.

If the University was ranked 9th in Nigeria 2019, it shows that the VCs were doing good job, albeit external. It further shows that the Council and the Visitor have always been appointing the best candidate as VC. Afterall Prof. Ajibefun is a FUTA professor, an external that paid salary and made the university 9th position as the 3 respected staff of the University canvassed here. Only within one year after, the University slided to 10th position leaves much to be desired.

To me, Professorship is international. Let AAUA Professors go to other universities and contest. Afterall Prof. Nebo is a professor from Anambra State University who contested against University of Nigeria, Nsukka”s professors and emerged the best. He served as the Vice- Chancellor of UNN and did excellently well before he was later appointed the pioneer VC of the Federal University, Oye Ekiti or do we say AAUA is older than UNN?

It is of note that Prof. Olumekun contested for this race but couldn’t get shortlisted. As claimed by Prof Olumekun, if you were one of the founding fathers and you could not even be shortlisted to be interviewed, it means the foundation is deficient. This gives credence to the fact that the best candidate that emerged will further take the University to the next level, just like his predecessors. We should not celebrate mediocrity please.

The trio did not address the inability of the 6 months salary owing the staff under the leadership of the internal person which had never occurred in the history of the competent VCs.

I plead with the 3 wise men here to read the AAUA’s VC advert and show the public where the external professors were barred from applying. The fact that the position was advertised in National dailies by the Governing Council shows that the argument for an internal candidate is no longer valid.

No professor is alien to any University all over the world. Havard University recruits her President anywhere in the world. Presently, a Nigerian Professor, Professor Fajana, the former VC of Joseph Ayo Babalola University, Ikeji-Arakeji has just been appointed the VC of National University of Lesotho in Southern Africa through a competitive open advertisement.

At UNIMED today, the professor who emerged the best is not even from Ondo State and he was appointed as the Vice Chancellor simply because Arakunrin is known for the best.

The internal candidates had the advantage of knowing the place inside out to the extent that no external candidate should be able to beat them hands down.

AAUA deserves the best if she is to retain her status not only as the Best State University in Nigeria but also one of the best Universities globally.

Calls in some quarters by men that should know better and be dispassionate that an insider be placed in headship position can not and is not in the best interest of sustainability of the growth, progress and development of the institution.

Let the “3 wise men” pray for the best and stop killing the school with sentiments. No rational thinking man sacrifices merit on the altar of sentiments. University is universal. Let’s think locally but act globally, please!