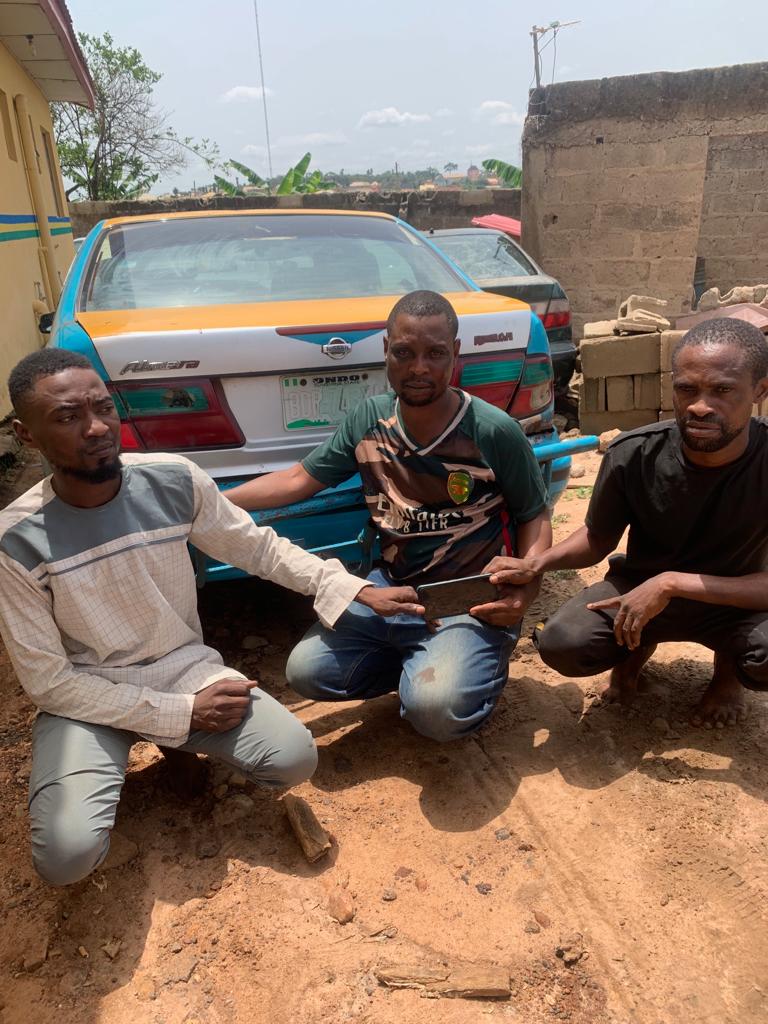 The Suspects were said to have on the 16th of April, 2022, on roadblock Benin/Owo/Ilesha expressway, Akure, robbed two ladies (names with held) who boarded a taxi and one of them was robbed of her Infinix Smart 5 phone while on motion and told to alight alongside the road as the Car was no longer going their way.

Police Public Relations Officer, Odunlami Funmilayo, who confirmed the story said the case was reported to the Police and through intelligence gathering, the suspects were arrested.

She said a Taxi with registration number BDR 743 XA and one stolen Itel Android phone were also recovered from them.

“During interrogation, the suspects confessed to be serial robbers whose area of specialty was using taxi to rob unsuspecting citizens who board their vehicle within the State and rob them of their phones and other valuables”

She said the suspects will soon be arraigned in court.