OPINION: THE BRUTAL MURDER OF AFUYE IN THE JUNGLE CALLED NIGERIA By Sunday Ajibola 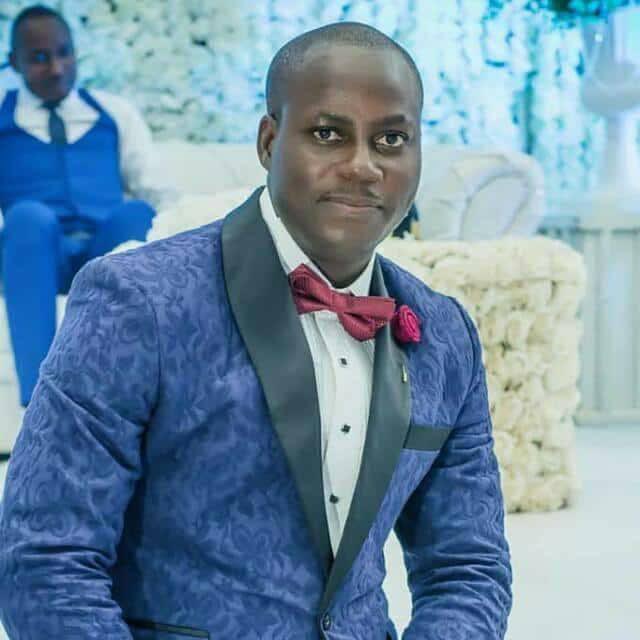 The last six days have been a difficult time for journalists, friends and family members of the late Bunmi Afuye. If outpouring of emotions, through shedding of tears and effusive praise from virtually everyone who knew him as a newscaster, compere and others, who heard about him or saw the unpalatable and gruesome manner he was hurried out of this world, could raise the dead, Bunbam would have been awakened from the land of no return.

It has been a generally collective outcry of shock, anguish, disappointment and helplessness even from those who do not know him.

I cannot remember when questions of this quantum have been put to me about any journalist or broadcaster. Everyone would have wished it had been a nightmare from which we would have been roused.

When Bunmi Afuye was leaving home early Thursday, the 15th of July, he said goodbye to his wife as he took off to his place of work. Both of them had expected to get back home later in the evening, as usual. The young woman did not know that was the last time she would see his husband alive as agents of death were waiting to send him on a journey of no return.

The hapless engineer turned broadcast journalist ran into a group of dare devil robbers in Ilara. Bullets were fired at him, straight to his fertile head, killing him instantly, in cold blood. The ebullient, lively, energetic and infectious personality had his journey on this planet cut short, abruptly midway.

Man can only assume and ask questions. We know so little about life and the people, who claim to have superior knowledge are at a loss about turnout of events in our lives.

The late Afuye was my first favourite newscaster on OSRC when Orange FM was merged with the television arm. Always neatly dressed, with that alluring voice, mouthing words as if they were sweets, his presentations were always on point. On a few ocassions I witnessed him anchoring programs, he had a way of carrying the audience along with relative ease and masterful poise. I have not been able to unravel the events that led to his redeployment from the Current Affairs Unit to Commercial Services in OSRC. I could hardly belief my ears that day he came to my office, seeking advert for OSRC. Still in doubt, i asked when did you become an advert officer? He smiled, rather ruefully, saying 'egbon, I am now saddled with the responsibility of making money for the Station.' I saw in his eyes, behind his deceptive wry smiling face, betrayal, disappointment and a sense of helplessness. It was hypocritical having been done in bad faith; a round peg in a square hole. Leaders use it to "remove" individuals, whose faces they dont want to see anymore. When on that day at Ministry of Works Conference Room, he announced having left OSRC for Elizade University as Public Relations Officer, I felt frustration had led him to do that. His gruesome murder shell shocked the state in the manner of a pogrom. Would he have died if he had not left OSRC? Would he have gone to Ilara had he remained a staff of OSRC? Was he destined to die and in such a manner? Why did he get to that spot when heartless people were on the prowl? Could it have been caused by a curse (generational or self inflicted)? The questions will continue to surface and there are not going to be answers. But as our elders used to say, OJO IKU EYE KO GBO AIMOOFO. Verbatim meaning: The day a bird will die has nothing to do with its ability to fly. Man is definitely powerless in the hands of nature and fate.

The more we look, the less we see. And just like that, Olubunmi Afuye is gone, out of the reach of his mother, wife and children as well as siblings, friends and colleagues. The ace broadcaster did not die a naturally through sickness, auto accident or any other mishap. He was gunned down by a bunch of miscreants; people who are not authorised by law to bear arms. However, they carry arms to anywhere, banks, schools, homes, sacred places- churches and mosques not to provide security but to take law abiding, innocent people down.

The young man's journey was truncated by the kings of the forests, highways and the rural areas. They attack and kill anyone. Being law unto themselves, they are at liberty to carry out their heinous crimes unhindered.

Nigeria from North to South, East to West, has all the attributes of a jungle, the forests inhabited by wild and other animals. The Natgeo wild on DSTV beams into our eyes how lions, tigers, cheetahs, leopards, crocodiles and snakes kill other animals, mammals and birds as well as themselves for food. That is their natural lifestyles. Laws do not exist there.

In Nigeria, the same scenario subsists. Bandits, armed robbers, kidnappers, cultists and thugs kill, kidnap people everyday. It no longer strikes us as abnormal that these vexatious occurrences happen.

We have become a nation of jesters, who amuse others with their displays. It is going bad on a daily basis, muzzling the people, taking away their rights, imposing laws that make no sense to the people. Everyday, we focus on treating eczema at the expense of leprosy. The people saddled with the responsibility of improving our lots are depriving us of all we used to enjoy. Governance has left our leaders a long time ago as our democracy has been made arcane. But they should remember that there is tomorrow. This period of all manners of wrongdoing will be judged by posterity.

Olubunmi Bamidele Afuye, your sun did not set at noon; it was taken down at noon by people our system bred. Isnt it an irony of life that your killers were young men, who reportedly spoke almost impeccable English grammar, as you used to do with microphone? You hustled all through your four + decades on the land of the living. You have been able to follow your passion with relentless vigour. You made your mark, by living a fulfilled life. As you rounded off your anchoring of an event at your alma mater, FUTA, on that fateful day, the audience comprising your ex-lecturers, colleagues, who had been entertained by your performance, were oblivious of the fact that they would be the last set of people to enjoy your live performance.

Goodnight. Words cannot express the depth of our- your wife, children, mother, family and colleagues, anguish. Hopefully, (that is being optimistic), one day, sooner or later, Nigeria will have leaders, who know the value of human lives. Then, your type of death will no longer be an every day occurrence and thereby assuage your tireless soul.

Sunday Ajibola is a Journalist in Akure