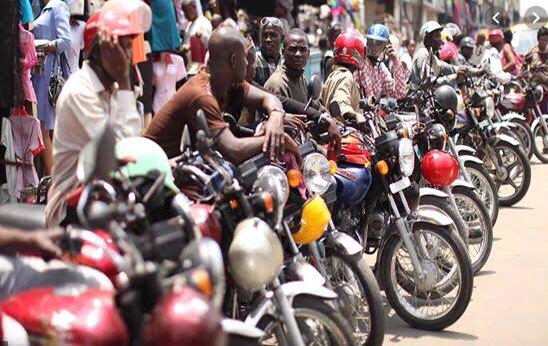 Commander of the Ondo State Security Network Agency codenamed Amotekun Corps, Akogun Adetunji Adeleye has given a clear warning to people of the Sunshine state to be careful while boarding commercial motorcycle popularly known as Okada, as majority of them are constituting serious nuisance in the state.

This is coming after men of the crime buster Corps arrested 80 motorcycle operators for flouting the restriction order banning late operation of motorcyclists and night clubbing in the state.

The Corps Commander explained further, that, the Ondo state Government did not ban Okada operations during day time, but restricted its from 6pm to 6am in the state.

“We have noticed that Okada riders are now constituting nuisance in the state and findings revealed, that their actions followed Amotekun’s resolve to prevent them from robbing innocent and unsuspecting citizens at night.

“They have resorted to carrying out their nefarious activities in the daylight.

Adeleye handed serious warning to people of the state to be more vigilant especially while boarding Okada to obscure places.

“So, I want to appeal to residents of the state, to be extra-careful while taking Okada to places that are not within the town, saying those are the areas where they unleash terror on their unsuspecting victims.

The Amotekun boss, however, adviced residents of the state to report all categories of abuse, robbery and kidnap cases to the nearest Amotekun control posts which is allover Ondo state.

He added that the Command remains committed to ensuring that peace and stability continue to reign in the state.

While stating that Amotekun is not involved in Chieftaincy tussle, land disputes and matrimonial cases, he warned, that the Corps will not be involved and should not be dragged into such.

Akogun Adeleye who is also the Special Adviser to the Ondo State Governor on Security Matters, however warn criminals to steer clear of the state, saying his men are battle-ready to crush them.