ILLEGAL GRAZING: Amotekun Arrests Another set of Cows in Akure, Promises not to Renege + VIDEO 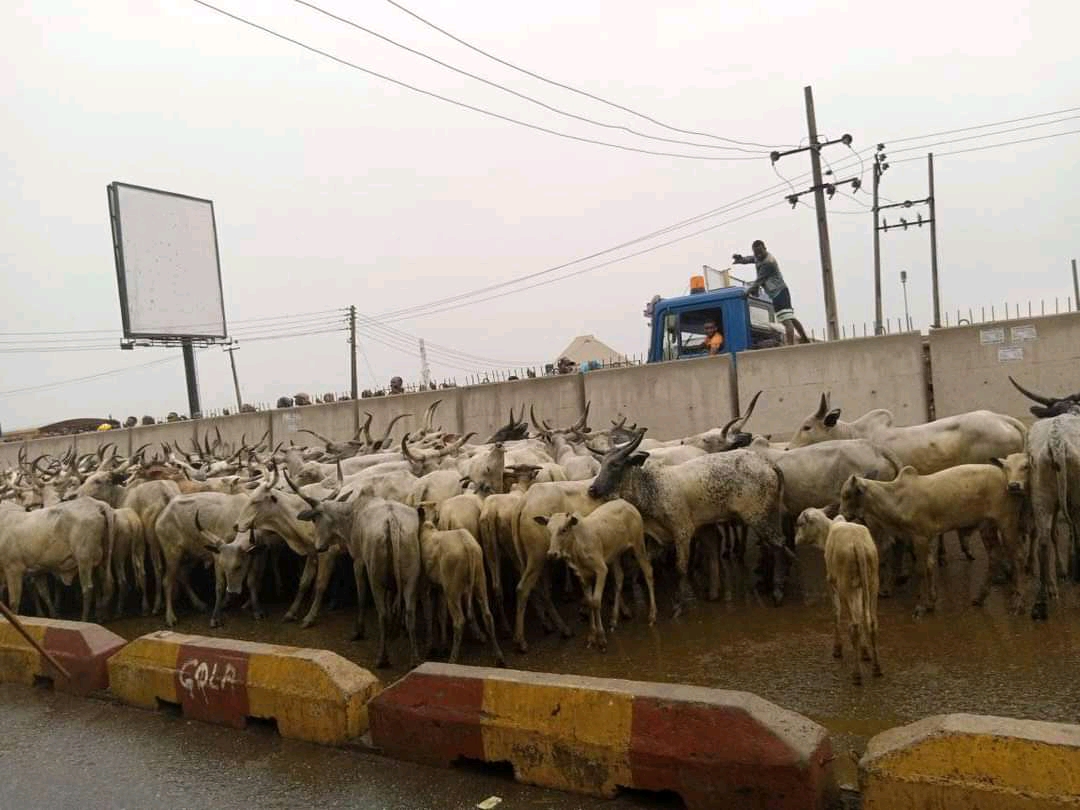 Ondo State Security Network codenamed “Amotekun” says it will not renege efforts in upholding the laws guiding activities of herders in the State.

Commander of the corps Adetunji Adeleye spoke when the team arrested cattle that invaded Ipinsha Community in Akure South local government area of the state.

The arrest was in response to a distress call from Ipinsha community over alleged invasion of herders and their cattle.

After an exchanged between men of the corps and the herders who resisted arrest, the operatives subsequently took charge of the cattle and proceeded to their office.

The hitherto smooth journey from Ipinsha suffered a little setback around old garage -post office axis in the state capital resulting in gridlock that lasted about two hours.

The Akapinsa of Ipinsa Oba Olufunmilayo Omoniyi hailed the corps for their swift response and said it is the high time government put an end to the operations of Herders that destroyed farms in the state.

Amotekun Commander Chief Adetunji Adeleye said before the Ipinsha incident, the Corps had earlier arrested of over 200 cattle on the Akure- Ilesha expressway.

Chief Adeleye noted that the corps’ operation will continue in furtherance of government’s commitment to protect lives and properties of citizenry.