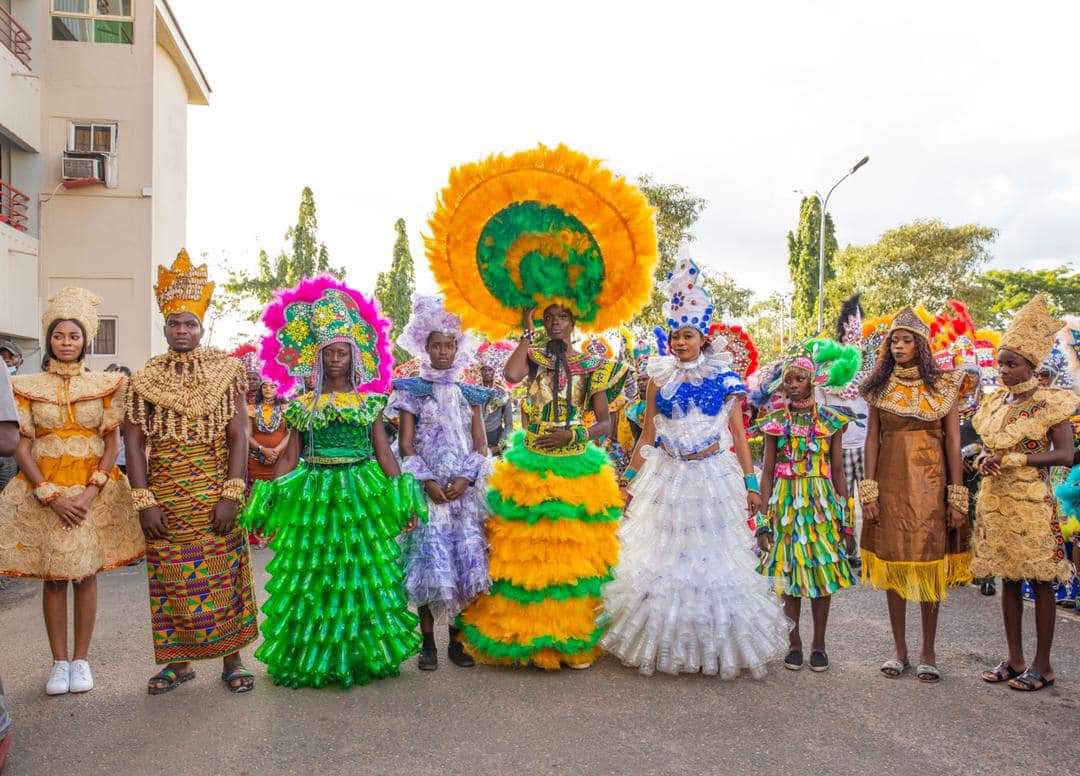 The Governor spoke at the Governor’s office premises where he received cultural troop from the La Campagne Tropicana Beach Resort from Lekki, Lagos State, led by the president of the beach resort, Otunba Wanle Akinboboye.

Governor Akeredolu, who commended the creativity behind the different costumes adorned by the troop, said efforts are in place to make Ondo a tourist state.

“What marvels one is the exciting costumes of your troupes. Nothing is wasted because all wastes have been turned into spectacular costumes. One is sprite, one is water plastic cans, the other one is sponge.

“So wonderful costumes.Moundela has been a good trainer. Seriously speaking, seeing all of you, I will ask for clips of the making of these beautiful costumes.

“What this is all about is our determination to make Ondo State a tourist state. We have been on this for a while and I will agree with Otunba if he says we are taking too long.

“I am going to decide because things must move. We have discussed to have Ile ori Igi where people will take pepper soup. We will use the present Omi Eja spot because we have trees there. We are not going to cut the trees. It will be where people can sleep and enjoy.

“We are determined to make sure that the Araromi beach will be Lamcagne Tropicana in a more magnificent form. So, those are the issues. As you know, he started Maare in Idanre and it is because he is committed to this state. I can assure you, we are ready to move in leaps and bounds.

“I know Idanre Chairman is here, he might have spoken to you about Idanre Hills. I don’t see anything wrong about it. We have a big and impressive Golf Course, though it may have been overtaken by bush. Undoubtedly, what matters to us now is tourism, and we have a lot of us who have now shown interest,” the Governor said.