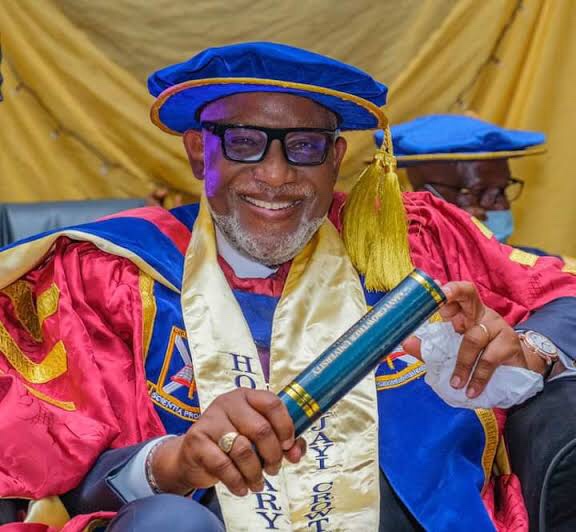 On behalf of myself aOse LGA of Ondo state, I Hon. Adekunle Dennis once again congratulate the Governor of Ondo state, Arakunrin Oluwarotimi Akeredolu SAN, CON on your well deserved award as the ‘Governor of the year 2022 on security’ by a reputable newspaper outfit, the New Telegraph.

This is in addition to numerous awards won by you since the inception of your administration on the 24th February, 2017.

Just about a week ago, the state was celebrated in far away Lagos for having the lowest level poverty in Nigeria based on the survey conducted by the National Bureau of Statistics (NBS) in conjunction with other research based international organizations.

According to the professional bodies, the award was in recognition of your excellent fiscal transparency, accountability and prudent management of the public funds.

Therefore, the latest award as the ‘Governor of the year 2022 on security’ by the New Telegraph is another eloquent testimony of your avowed commitments to making the state a safe haven for all residents no matter the conspiracy.

This also goes to confirmed that, you are not only alive to your responsibilities as the chief security officer of the state but a dogged fighter.

Ride on Mr. ‘Talk and Do Governor’ sir, sky is the starting point. May God continue to guide, direct and protect your conducts as you navigate the ship of the state to a safe coast. We are proud of you sir. !