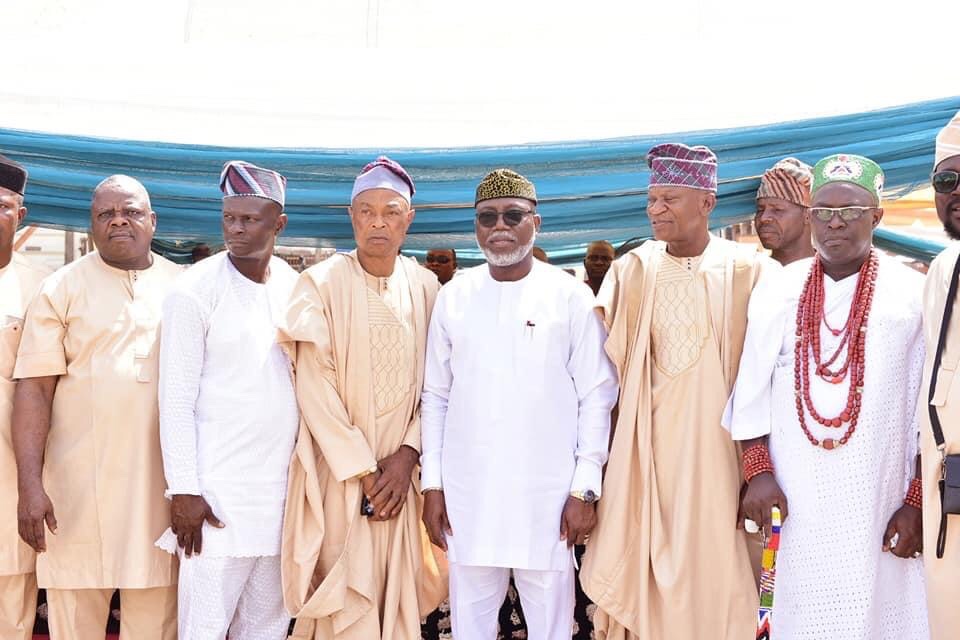 In demonstration of his desire to galvanize economy prosperity of Isinkan kingdom in Akure south local government area of Ondo State, the Monarch, Oba Oluwagbemiga Ajimokunola Olofin-Adimula has donated a large expanse of land to Professional Artisans Society in the state to build Artisans village.

Oba Olofin-Adimula made the announcement on Wednesday at the 6th Anniversary /Launching of Professional Artisans Society of Ondo State, held in Akure.

The Isinkan Monarch said a large expanse of land at Ayegunle community in Isinkan has been earmarked for the Artisans to establish Artisans Village.

He said when completed, the village would be a commercial hub for all operators to ply their trade and speed up development as well as reduce unemployment.

He enjoined the group to make judicious use of the land and engage youths in the community.

While expressing optimism that housing and industrial estates would soon spring up in the kingdom, Iralepo called on prospective investors to come and take advantage of potentials in Isinkan kingdom.

“We are ready to synergise with private and government agencies who are willing to invest in our kingdom. We are proud to have serene and peaceful atmosphere. Thanks to our amiable Governor, Arakunrin Oluwarotimi Odunayo Akeredolu, SAN for creating the atmosphere.”

“The governor has created business enabling environment in Ondo State and the state capital in particular especially security through the Amotekun Corps. I enjoin you all to tap into this and galvanize the economy of the state.” He said

President of the Artisans Society Of Ondo State, Comrade Komolafe Daisi thanked the Monarch and Isinkan kingdom for the gesture and promised to utilize it maximally.

He said the zeal of Oba Olofin-Adimula to economically develop his kingdom is superb and enjoined other traditional rulers in the state to take a cue.