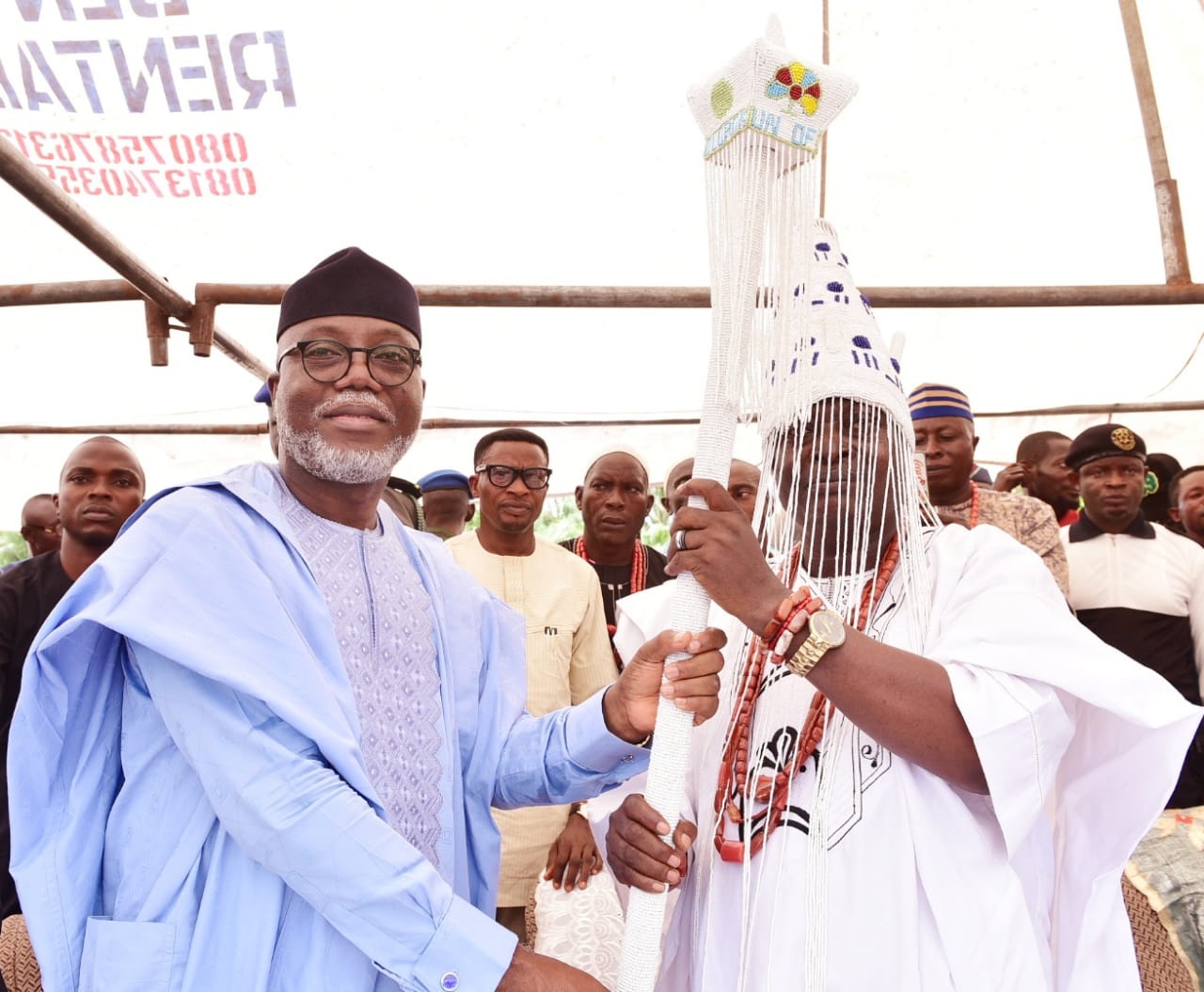 Both Idigbengben and Irokun were communities in Ilaje Local Government Area in Ondo State.

These historic presentations of Staff of Offices to the new monarchs centered on the implementation of Ajama Commission Report, after it was thoroughly reviewed by Governor Oluwarotimi Akeredolu’s administration.

In the report, some monarchs were upgraded, some were given fresh stools, and that’s what Ondo State Government is currently doing, nothing outside the Ajama white Paper.

While congratulating the new monarchs, the Deputy Governor cautioned them against encroachment into other communities.

He equally reiterated the commitment of the present administration to a better and prosperous State .

Aiyedatiwa advised the new monarchs to ensure peaceful co-existent among the people of their communities as he expressed government determination to strengthens Traditional Institutions in the Sunshine State.

“On behalf of Mr Governor, Arakunrin Oluwarotimi Akeredolu SAN, CON, and the good people of Ondo State, we are indeed happy and celebrating these your historic accessions” .

“Long may you reigns” , he prayed.