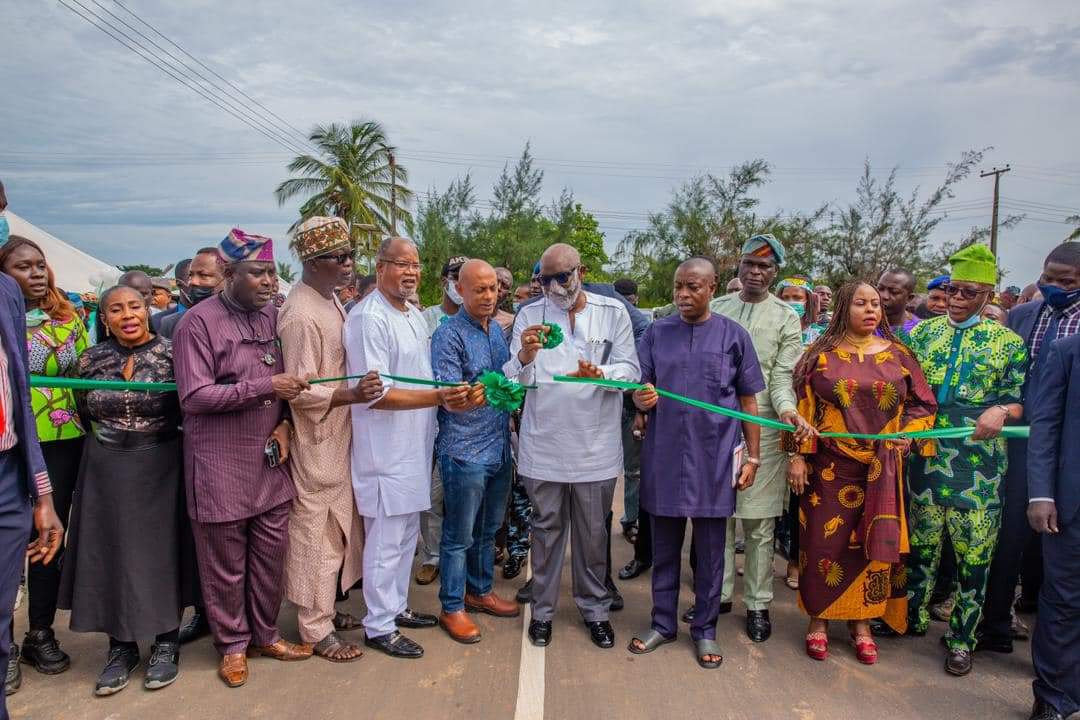 Ondo State Governor, Oluwarotimi Akeredolu, SAN, has assured that his administration is determined to reduce the infrastructural deficit in the state and lift the people out of poverty.

He gave the assurance on Friday at the commissioning of the 6.539km road network in Ijapo.

The Governor also reiterated his commitment to timely completion of all ongoing projects across the state.

He explained that “the total length of the roads under this project is 6.539km. Besides, the road has standard drains of 600mm x 600mm on both sides of the road. The surface is paved with 40mm thickness of asphalt.”

The Governor expressed hope that the roads will enhance the connectivity within the estate and afford motorists a safer and quicker accessibility to the centre of the town.

“The pains of residents along these roads have now been translated into joy. As this project is being handed over today, we have a responsibility, as a people, to ensure that the state of these roads is not only maintained but also enhanced.

“To the good people of Ondo State, we, once more, appreciate your cooperation and solidarity with our government in the past four years,” Governor Akeredolu added.

The Commissioner for Lands and Infrastructure, Engr. Raimi Aminu, said the road construction in Ijapo was another testimony of the commitment of the Governor to the infrastructure development in the state.

He said the people of Ijapo must be appreciate the work done in the estate out of the over 600k kilometers of road in Akure.

The commissioner added that other estates and areas in the town will soon enjoy the same infrastructure development.

The overall Chairman of Ijapo Estate Residents’ Association, Mr Bankole Desmond-Eke, said it is the first time in the history of any administration in the state that three roads projects, initiated and completed within the first 100 days of the second term of an administration, are commissioned at the same time.

He described the Governor as the ‘Most Ijapo-Friendly’ Governor since the creation of the state.