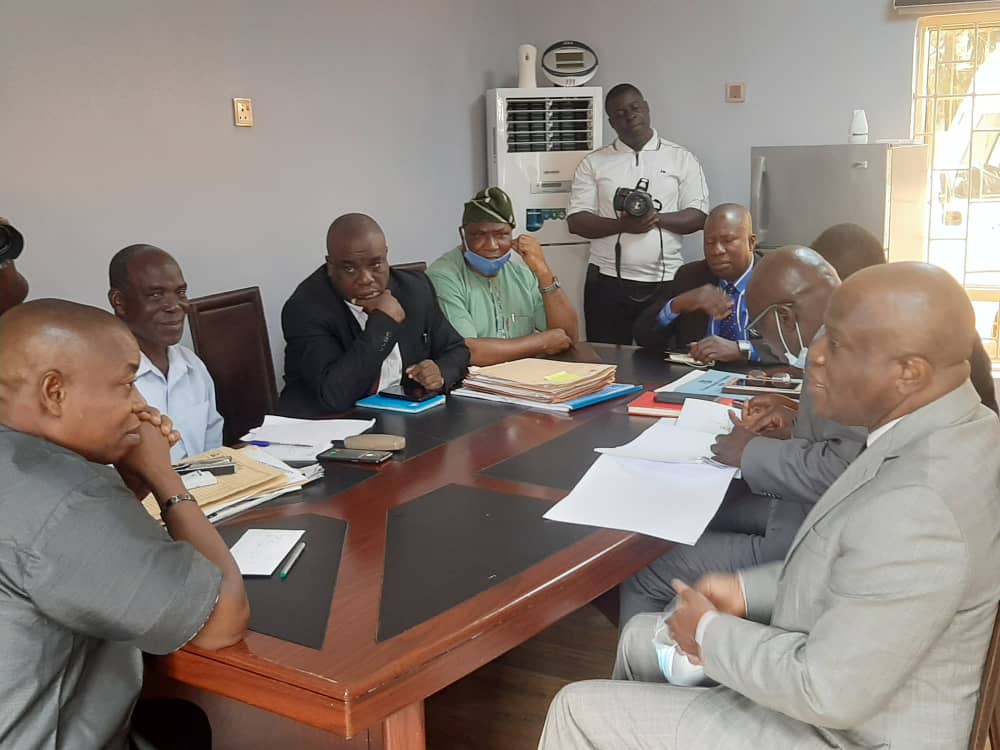 The Ondo State Government and authorities of the Federal University of technology, Akure (FUTA) have resolved to work together to find a lasting solution to the perennial traffic logjam at the North Gate axis of the school.

This decision was reached when FUTA Vice Chancellor led the school management on a courtesy visit to the Commissioner for lands and Infrastructure, Engineer Raimi Aminu in his office.

Engineer Aminu said the traffic problem was being caused by human activity and not width of the road.

“The road in question has become a burden for motor users who ply it. A close observation shows that people moving across the road and others buying and selling at either side of its shoulder are the cause. Their activities are reducing the space available for vehicular movement”

We have to call them to a meeting, where we will sensitive them on the need to leave the area to prevent avoidable accidents and road congestion. The school authorities will also need to have Mammy Market to accommodate these business people. I am sure if we can move these traders away from the area, the traffic hold up will become a thing of the past”

He said due to the paucity of funds, government could not afford to dualise the road on the North Gate, adding that the width of the road was too narrow to accommodate a median.

“There is scarcity of funds for government at all levels and Ondo State is not an exception. Our Governor is doing his best to improve the infrastructure deficit of the state out of sincerity of purpose and prudent management of resources. As of now, we dont have the wherewithal to equalise that road. On the request for a median, the road is not wide enough for it. By the time you take 3 meters of 1.5 meters for shoulders on both sides with the space used by motor users stopping stop and discharging passengers, vehicles will not have space for movement. The road as it is cannot accomodate a median”

Engineer Aminu promised that the Ministry would assist in fixing the potholes and failed portions leading to the school’s south main gate.

Earlier, the Vice Chancellor of FUTA, Professor Joseph Fuwape had solicited government assistance to dualise the North Gate axis of the school. The Vice Chancellor also sought the erection of median along the road to ease traffic congestion.

He also appealed for the erection of a concrete wall by the road shoulder to block  traders from the main road.

The VC acknowledged the assistance of the State Government in the South Gate, where trading activities have been from the roadside.

The  visitors later presented a gift to the Commissioner.

The meeting was attended by Director Civil Engineering, Engineer Oloniyo and his Planning counterpart, Engineer Akin Omotola as well as Heads of Departments in FUTA.

Meanwhile, Engineer  Aminu has commended the executive of the Federation of Muslim Women Association of Nigeria (FOMWAN) for their support for the government of Arakunrin Akeredolu.

He gave commendation when the FOMWAN leaders paid a courtesy visit to him in Akure.

The State President of FOMWAN, Alhaja Aminat Akinpelumi had earlier commended the governor for demonstrating high sense of dedication, prudence and fairness in the way he was administering the state.