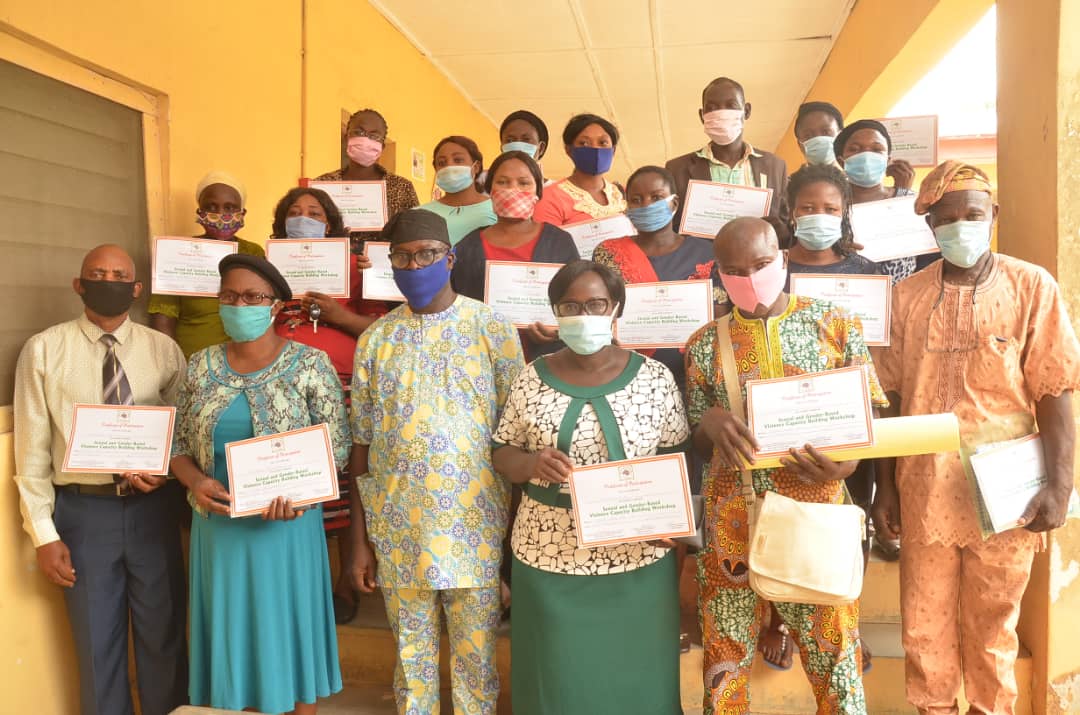 This made the third local government areas to be covered by BAAF, a Non-Governmental Organization of the Wife of Ondo State Governor, Arabinrin Betty-Anyanwu Akeredolu, for the purpose of sensitising School Counsellors on how to discover students who are experiencing sexual and domestic violence.

The BAAF team led by Mr Austin Otabor shared 250 SGBV Yellow awareness card for each participant to distribute for girls in their respective Schools.

While introducing the card to the Counsellors and explaining the rationale behind it, Otabor noted that like the football yellow card which signals warning, the SGBV was to serve as a caution for randy men fond of sexually molesting girls.

He said: “Is a special card designed for secondary schools girls which confers protection from the risks of sexual and gender based Violence. It is a protective card, an awareness card, and a reporting card”.

Otabor mentioned that the culture of silence and self-withdrawal had affected most girls psychologically who had been exposed to SGBV, while stressing the need to nip it in the bud with the Yellow card initiative.

He asserted that girls represented a vulnerable population at a higher risk of experiencing SGBV, adding that the school environment provided a suitable avenue to disseminate SGBV information to the target audience, hence, the reason the First Lady of Ondo State came up with the idea of training Counsellors.

According to him, the training which targeted the 18 Local Government areas, was also to improve the help-seeking behaviors of secondary school girls towards SGBV by 20%, and the numbers of young girls who have the SGBV emergency response numbers by 50%.

The Senior Special Assistant to the governor on Gender Research and Documentation, Mrs Temitope Daniyan who put the participants through qualities of a good Counsellor, enjoined them to cultivate the habit of showing empathy for their clients.

She noted that Mrs Akeredolu was committed to curbing the menace of SGBV in Ondo State, reason for the training and the flag off of Yellow cards, while appealing to well-meaning daughters and sons of the state to come forward and sponsor the training in their respective local governments as witnessed in Akoko.

A director of Evaluation, Guidance and Counselling in the state Ministry of Education, Mrs Funke Ademuyiwa urged the participants not to take the workshop for granted, but go back to their schools and effect what they’ve learned in order to achieve the desire result.

A retired Principal, Chief Ajayi Garuba commended the initiative of the First Lady, describing it as first of its kinds in the history of the state.

Climax of the training was the drawing of an Action Plan by the participants for the purpose of achieving the desired results, evaluation of participants’ response, and presentation of Certificates of Attendance.