END THE PROLONGED CRISIS OF DIVISION IN CAC, GOV AKEREDOLU CHARGES NEW PRESIDENT OF THE CHURCH 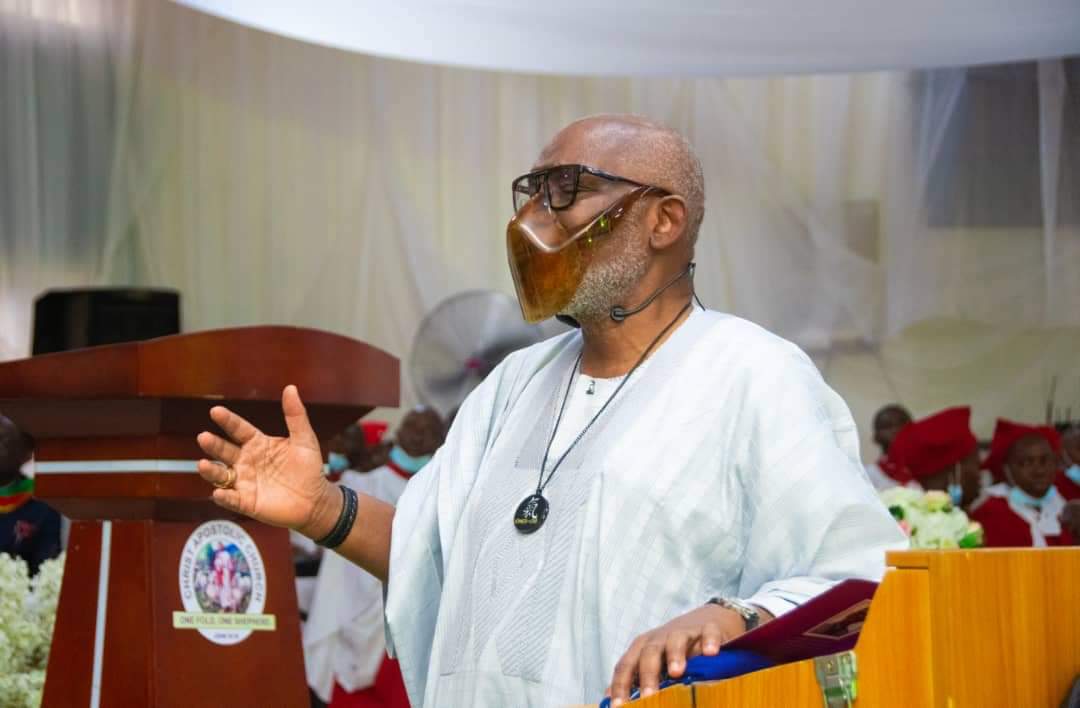 Ondo State Governor, Arakunrin Oluwarotimi Akeredolu, SAN, has charged the new President of the Christ Apostolic Church (CAC), Pastor Samuel Olusegun Oladele, to put an end to the prolonged crisis of division in the Church.

Governor Akeredolu, who said he has been involved in the CAC affairs for so many years, enjoined Pastor Oladele to make the Unity of the church a priority.

The Governor, while urging the new President to bring everyone together under one fold, stressed that the Church must live up to its motto of “One Fold, One Shepherd”.

He further charged Pastor Oladele and other men of God in the Church to stay spiritually alive, adding that he has been saddled with a big task.

“When your citation was being read, the only thing that came to me was that your priority is to end the crisis of division in CAC. We have been involved in this for too long. There must be an end to this crisis of division. Let us all come together. It is enough.

“If you have chosen this as your priority, please pursue it with your vigor. I had known that you were going to be President one day because you are gifted. I know you have a task ahead.

“I want to congratulate you and the CAC. You must be spiritually alive. Let God remain with you. Let’s come together under one fold,” Governor Akeredolu said.